This isn't Santa Claus. It's happening, whether you believe it or not. 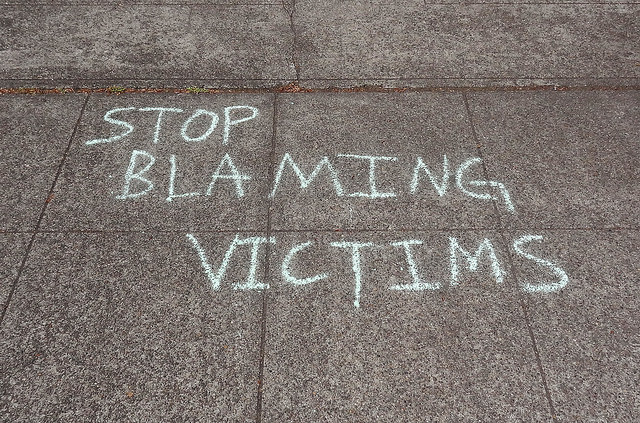 Earlier this month, the New York Times, reveling in an influx of Trump-driven subscriptions, betrayed their new campaign of truth-seeking and hired a climate change denier and anti-Arab xenophobe to their editorial board. As Marykate wrote after the announcement, over at the Wall Street Journal, Bret Stephens has called climate change a “mass hysteria phenomenon” and the Palestinian mindset as “a communal psychosis.”

Now, in an interview with Vox, Stephens has doubled down on some of his most offensive views. Like, for instance, the climate change stuff, the belief that campus rape is an overblown if not entirely “imaginary enemy,” and the fact that, as he feels the need to point out, “all lives matter.” (Quick reminder: saying “black lives matter” is in no way disputing that notion.)

Starting with the campus rape epidemic, Stephens wrote at WSJ, “Little children have imaginary friends. Modern liberalism has imaginary enemies.” That imaginary enemy, as he sees it, is rape on college campuses. Because he cannot imagine a world in which one in five women are raped at their school, and then continue to go to that school. He doesn’t believe rape is happening in these numbers, because he believes if it were, “intelligent young women” would be leaving co-ed universities and flocking to all-women’s schools.

Those logical gymnastics would be impressive if they weren’t so egregiously insulting.

There are two major offenses here. First, the idea that “intelligent” women would never choose to spend their time somewhere dangerous–he compares it to visiting east Congo if you learned the rate of sexual assault there was 20%–is not proof that there is no danger. It’s proof that Stephens is incapable of imagining a life experience or worldview different from his own existing one. That’s not the best qualification for an opinion writer, New York Times.

The next step in logic there is equally confounding. If Stephens did believe the college rape epidemic was real (which, like climate change, it is, whether Bret here believes it or not), he sees women fleeing those spaces as the only solution. Basically, that’s saying he doesn’t see a problem with violence being used to chase women out of colleges.

The problem, instead, is that women won’t leave. The multitude of campaigns to bring public awareness to the issue of campus rape, the protests, the lawsuits, those both successful and devastatingly underrespected—none of these are proof of rape and rape culture. The efforts to demand a change from men and the systems that protect them, these are not acceptable courses of action, according to Stephens’ logic. His line of reasoning argues, If these many women are being raped, why don’t they just stop interacting with men? That they refuse to be chased out of their schools, leaving co-ed colleges and universities to be ruled by violent abusers like a collegiate Lord of the Flies sequel, makes the reported rape statistic “highly dubious” in his eyes.

He calls the conversation about campus rape “alarmist and statistically not well-founded in facts.” Yet he seems to view his own convoluted trail of causation-based logic as “fact.” And rape statistics aren’t the only form these “facts” take. Stephens says he’s not a climate denier, EXCEPT HE THEN DENIES CLIMATE CHANGE. On what grounds? His friend, presumably a smart guy, wouldn’t be having kids if he thought the world was ending.

Here’s his anecdotal evidence: “A guy I know just had a baby and he’s a big global warming, climate change activist. If he thinks in 20 years we’ll be heading toward unsustainable climates and there will be tens of millions of people being displaced, presumably including himself, at the most apocalyptic level, then presumably he wouldn’t be having children.”

This is the man the New York Times, a historic, widely influential outlet, deems worthy of sharing his opinions.

One more opinion, and this one’s a doozy. In response to references to past claims that the Black Lives Matter movement is part of the “liberal imagination,” he says the movement has “some really thuggish elements in it.” He also doesn’t seem to believe there’s systemic oppression facing POC in the United States. That’s hard to take seriously, though, seeing as he really does not appear to know what that word means.

unclear from this interview if the newest NYT columnist understands what the word “systemic” means https://t.co/IlGQ4N0BbL pic.twitter.com/YUDRWD2AVK

Systemic oppression relates to–you guessed it–a system. It’s large-scale, usually invisible biases that exist on institutional levels as well as personal. Those ingrained prejudices infect our minds, our laws, and our social customs. They are not a daily series of actionable achievables set up on individual vision boards and day planners.

The criticism of Stephens being added to the NYT payroll is not about wanting to maintain a “liberal media” bias. If it were, I’d point out that Bret has written a number of thoroughly scathing anti-Trump pieces. Rather, the Times has defended Stephens’ controversial views as worthy of an audience. And I do not think they are.

This isn’t a matter of differing opinions. This is an issue of the newspaper having just launched a campaign grounded in the integrity of fighting for truth. Stephens repeatedly expresses damaging, contrarian beliefs that are based not in fact, but in his own limited mentality. Even worse, he doesn’t even understand the terms he’s discussing for an audience of hundreds of thousands of readers.