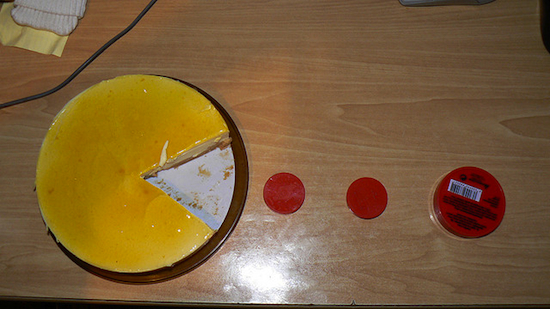 Even well into our adult years, we never appear to break out of that desire to seek out venues that in some way emulate our fond childhood experiences spent at Chuck E. Cheese’s or ShowBiz Pizza restaurants: Food of dubious nutritional value, arcade games, and enough light and sound to overload the senses of even the most hardy of human beings. With plenty of establishments such as Jillian’s and Dave & Busters catering to modern society’s rampant case of Peter Pan Syndrome, Namco Entertainment Inc. — the arcade game division of video game publisher/developer Namco Bandai Games Inc. — is going forward with their plan to open a chain of restaurants in a similar vein to the aforementioned competition, which will hopefully allow the company to stake a claim in this lucrative market.

In an interview with Polygon, executive vice president and chief operating officer of Namco Entertainment Inc. David Bishop stated that the company had been carefully planning a venture such as this for quite some time and is currently consulting the expertise of restaurant management professionals. He said:

It’s no secret that we’ve been exploring a number of new business models and noodling the future of Out-of-Home entertainment for several years now, and our current planning does include an ‘upscale’ restaurant with ‘entertainment elements.’ And yes, we’ve been working with an established American restaurateur, as well as some other really talented external professionals, to develop the concept!

For the sake of confidentiality, Bishop was scant with the in-depth details regarding this ambitious venture since the concept for a Namco-owned restaurant chain is still in the conceptual stage with plenty of work still ahead of them. All that is known at this time is that the chain was previously codenamed “Level 256” — a nod to the final stages of Pac-Man and Dig Dug — with Chicago being the possible testing ground for this prototypical restaurant.

Initially, it sounds as though Namco may be diving headfirst into a highly competitive market that doesn’t leave much room for prospective entrepreneurs, but according to Bishop, Namco had attempted to combine restaurant-style fare with a gaming environment in the form of Pac-Man Cafe back in 1999 for the XS Orlando concept facility. Though it was, by and large, a flop, Bishop is confident that Namco learned what it takes to make two disparate venues work, of which will hopefully be carried over in the development of their current restaurant chain.

(via Polygon, image via KPY)