Dead Space 3 Will Have Profanity-Triggered Commands | The Mary Sue

Drop the F-Bomb: Dead Space 3 for Kinect Will Have Profanity-Triggered Commands 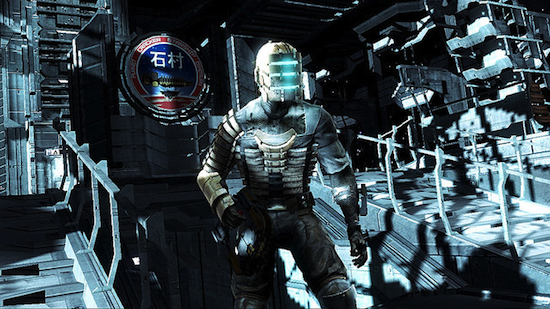 You know those times when you’re playing a video game and Murphy’s law comes into effect, resulting in incessant cursing at the screen in the vain hope your swearing will cause some kind of positive change? Of course you do, and so does Dead Space 3 producer Steve Papoutsis. In a recent interview, he’s said that the development team at Visceral Games has worked to integrate the Kinect’s voice capabilities into the game, allowing players to trigger special commands when they let the swears fly. The only catch, however, is that we won’t know what words to use until the right situations present themselves.

To alleviate any feelings of apprehension arising from Visceral Games’ application of the Kinect, Dead Space 3 will not be, thankfully, relying on motion controls for the game. The only purpose it will serve is to pick up the colorful language of our potty mouths during gameplay. Going by experience alone, the Dead Space franchise’s nasty habit of serving up the startling scares that have us jump from our seats tend to illicit the most swears — the precise moments, in fact, when the profanity-triggered commands will come into play. Still, you won’t know what the outcome of these commands will be until you shout the correct magic word. Never has trial and error been so much fun!

Trust us, though, when Dead Space 3 hits the shelves, video game message boards will surely be inundated with people posting lists of swear words that work and when to use them. Oh, parental groups are just going to eat that one up, won’t they?

(CVG via Polygon, image via gamerscoreblog)