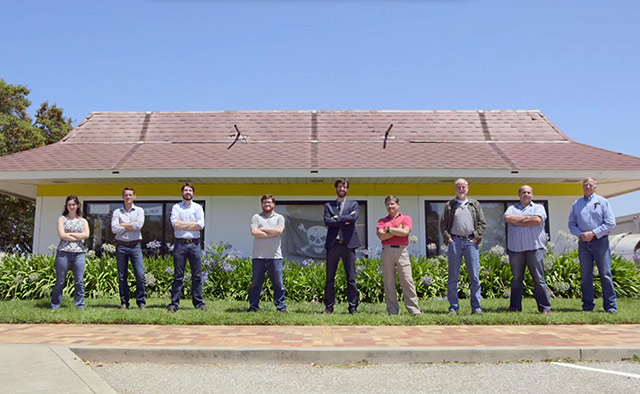 When you’re trying to make contact with a decommissioned NASA satellite that was first launched into space about thirty-six years ago, location is key. You need somewhere that can hold a lot of people and low-tech equipment, and also maybe a ton of french fries for all those hungry citizen scientists. Hey, you know what would be great? An abandoned McDonalds restaurant.

We’ve been following the story of the newly reawakened ISEE-3 ever since NASA handed the keys over to the spacecraft a few months ago, but never actually considered just where the civilian group Skycorp had actually made their headquarters — although, to be fair, hearing that they’d made contact with the satellite, gotten the engines to fire, and placed it back into orbit around the sun was impressive enough. But apparently they’ve been doing it all from the back of a fast food chain, which is just the cherry on the McSundae that is this amazing story.

Betabeat reports on the group’s decision to (ham)burgle the defunct restaurant location for science reasons:

“There were a few abandoned buildings—one was a barbershop, and one was an abandoned McDonald’s,” Mr. Cowing said. “Someone hit the barbershop with a truck, so we took the McDonald’s.”

Their new control center, dubbed “McMoon’s” fit all of the criteria they needed: the doors locked, and it was free. For their console, they pulled a broken flatscreen TV from a government dumpster and fixed the power supply. The other pieces are from eBay, including a Mac laptop and some radio parts.

To learn more about where the satellite is currently located and what data it’s collecting, you can check out the ISEE-3 Reboot Project’s website, A Spacecraft For All. The official Twitter account for the project is a great resource as well.

On the subject of the fast food location’s lunar-themed renaming, Mayor McGreenCheese could not be reached for comment.

(via sfistm image via ISEE-3 Reboot Project at Google+)