Be brave up there, little guy. 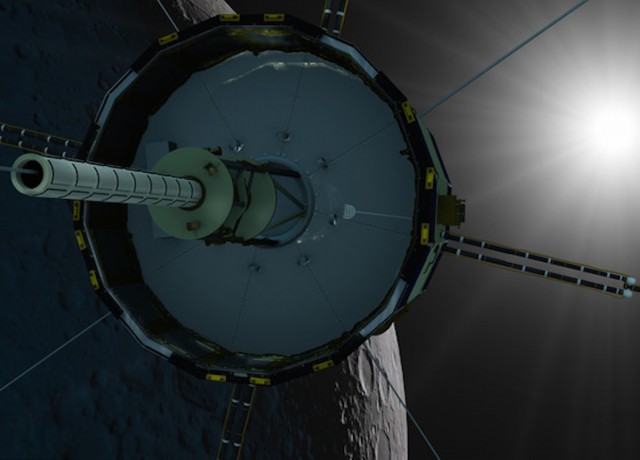 [UPDATE] ISEE-3 Reboot hasn’t gotten back to use yet, but IEEE is reporting that they’re currently working on a new idea to get the engines firing. The lack of propulsion is due to a lack of nitrogen to push fuel to the engine, but the nitrogen tanks may not be empty as previously believed. The nitrogen might have dissolved into the satellite’s hydrazine fuel, and they’re going to attempt to pull it back out by firing up the tank heaters.

We’ll have to wait and see if it works, but ISEE is hopeful.

Not long ago, we were excited to hear that the crowdfunded campaign for every day people to take control of NASA’s long-defunct ISEE-3 satellite had made contact with the lonely metal space explorer. Unfortunately, it turns out that in space, while someone may be able to hear you scream (or communicate electronically), that doesn’t mean they can turn your propulsion systems back on, and that means ISEE-3 will have to continue doing science with us from afar.

NASA’s ISEE-3 satellite, which once studied the Sun and Earth from space, originally launched all the way back in 1978. After it finished its work in 1997, it was left adrift in orbit through the solar system, which is the fate of most of the machines humans send into space. (I hope the Mars rovers aren’t reading this…)

So, a few different groups of citizen scientists went all Voltron and formed one mighty entity called ISEE-3 Reboot. NASA gave them permission to contact the satellite with an antenna at Morehead State University, which they did successfully.

Unfortunately, attempts to restart ISEE-3’s propulsion systems to place it in an orbit around the Earth and pick up where it left off on its mission haven’t panned out. Keith Cowing, one of the top members of ISEE-3 Reboot, told SpaceNews, “There was no burn and we detected no acceleration and nothing was coming out of the engines. We really can’t do anything.”

As it turns out, any previous engine activity they detected was likely just burning fuel that was already in the fuel lines, and it appears that the nitrogen tanks that would be needed to push new fuel into the engine are broken or empty. So, while we can still talk to ISEE-3, it will float right by us and continue its lonely journey through space. That doesn’t mean it can’t help us with some pretty great science, though, and we’ve reached out to the ISEE-3 team to learn more about what they can do with it now and in the future.

We’ll update you when we hear more.

(via Gizmodo, image via ISEE-3 Reboot)