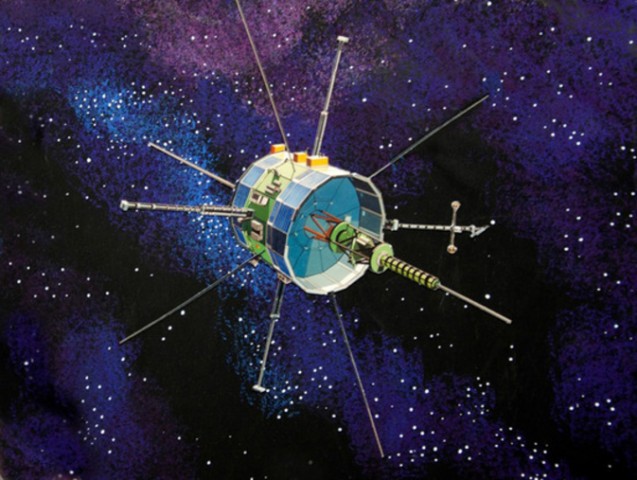 Yesterday NASA announced that for the first time ever the rights to a spacecraft have been signed over to a group of private citizens scientists. In the coming months, 35 year old satellite ISEE-3 will be re-contacted and, if possible, pulled out of its retirement orbit for non-agency missions.

ISEE-3 was launched in 1978 to study the relationship between the sun and the moon, and after completing its initial mission was eventually taken out of commission in 1997. The spacecraft will be nearing Earth again this August, by which time citizen scientist group Skycorp will have been granted control of the oldie but goodie spacecraft. Said astronaut John Grunsfeld in the NASA press release, “We have a chance to engage a new generation of citizen scientists through this creative effort to recapture the ISEE-3 spacecraft as it zips by the Earth this summer.”

NASA has signed a Non-Reimbursable Space Act Agreement with Skycorp, all “safety, legal and proprietary issues” of which NASA says will be fully ironed out before the satellite’s approach this summer. The goal of the citizen scientists is to return ISEE-3 to a stable orbit to continue further missions–providing its instruments are up to the job. If Skycorp is able to successfully make contact with and commandeer their new acquisition, it will not only be a significant development in who has a say in space exploration, but also provide valuable insight into how equipment fares after more than 35 years in orbit.

(NASA via Gizmodo, image via NASA)