Copy of Fallout 3 Signed by Matthew Perry Resurfaces, Was Bought for $5 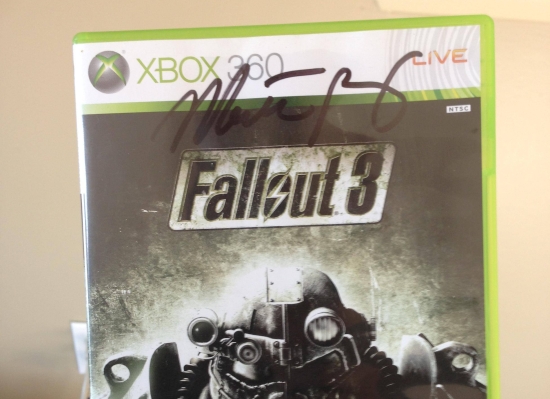 Video games being found that have been signed by famous folks isn’t something terribly new. These signatures are often from the people that actually worked on the game, celebrities endorsing the game, or just the kid down the street that wanted to make his claim on a copy of the latest Madden title. Of all the oddities out there floating around, the copy of Fallout 3 signed by Matthew Perry is one of the weirder ones. See, Perry gave the game and an Xbox 360 to Ellen DeGeneres to auction off for charity in 2009. The copy has apparently resurfaced, and was bought for a measly $5. Poor Matthew Perry.

The current owner wouldn’t have even realized what they had if not for the sleuths of /r/gaming. Reddit user rkalajian posted an image of the signature, hoping to figure out who exactly signed their recently obtained copy. Somewhat surprisingly, it didn’t take long at all for the suggestions of “Matthew Perry” to come rolling in.

The reason this is particularly odd is Perry had nothing at all to do with Fallout 3. Sure, he voiced Benny in Fallout: New Vegas, but he gave the signed copy to Ellen over a year prior to the game’s release. Apparently, he just really loved playing it, and thought someone else might get a kick out of it as well.

You can watch Perry hand over the goods in the following clip:

It sounds like this was going to be auctioned on eBay to raise money for the Humane Society of the United States. Where it went post Ellen is still a mystery, but it somehow ended up in Hartford County, Connecticut, where rkalajian bought it for $5 from a local woman. That’s assuming that it really is the same copy, but comparing the copy from the Ellen clip to the one rkalajian makes a strong case for it really being the same one. 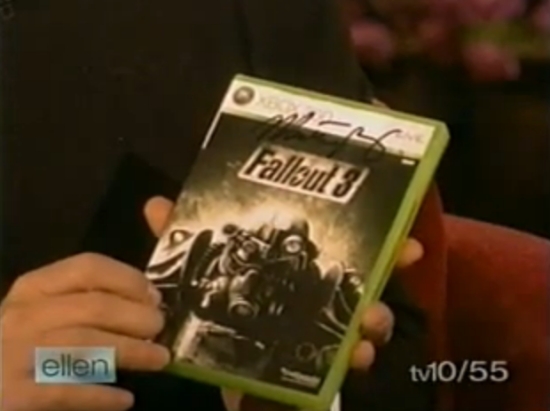 Either it’s an elaborate fake, or the one now owned by rkalajian truly is the same one. This is one the new owner had to say when asked if they thought it really was the same one:

It sure does look like it, doesn’t it!? Crazy! I love Fallout 3, but had traded it back to Gamestop a while ago with a bunch of other games while trying to trim my collection. I regretted it, but hey, that’s that. Then a local woman in town posted this for sale for $5 and I figured “OK, this is a good deal. It’s even signed. Possibly by someone on the development team.”

Never thought it would turn out to be something this bizarre :)

We love you, Internet. Never change.