Prepare for Battle with the Premiere Episode of Mario Warfare [Video] 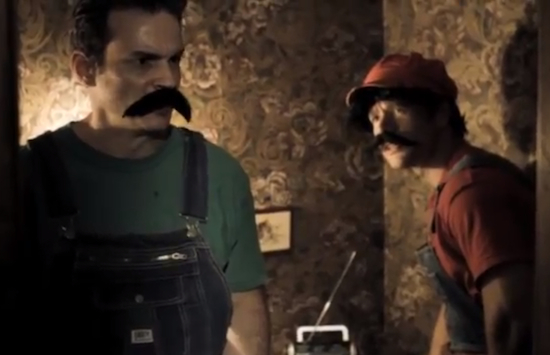 Way back in August we showed you a trailer for Mario Warfare — a gritty, action-packed fan film by the good people of Beat Down Boogie. At the time, the producers behind the project never gave us a confirmed release date, so we were all left wondering if the film went down the green pipe never to be seen again. The project’s finally resurfaced, and the premiere of Mario Warfare is already here. There’s even a second episode not too far behind! Also, yes, it really is all that a bag of 1-Up mushrooms.

Sadly, after the second episode of Mario Warfare hits the internet, that’s the last you’ll be seeing of the potential series. That is, unless cash-strapped folks at Beat Down Boogie manage to meet their Kickstarter goal. They don’t have blocks bursting with coins to take advantage of, so it’s up to you to donate to the cause. So far they’re making good progress, but Beat Down Boogie and Mario Warfare still have a ways to go. Just think, though, Mario Warfare is going to do more with $20,000 than 1993’s egregious cinematic disaster Super Mario Bros. did with a budget of $48 million. If that isn’t motivation to dig deep, we don’t know what is.