A Disturbance in the Force: Marvel to Acquire Star Wars License From Dark Horse 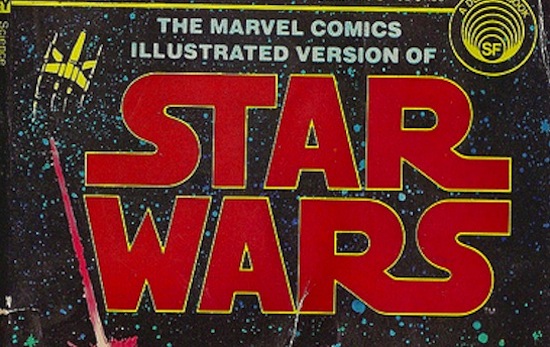 It was the question that was on every comic book fan’s mind the moment Disney purchased Lucasfilm for a whopping $4 billion dollars, “What about Dark Horse Comics?” Since 1991, the publisher has been churning out all manner of Star Wars comics, expanding the mythos laid out by the original film trilogy, but now that Disney has both Marvel Comics and Lucasfilm in its pocket, it was inevitable that the license to the galaxy far, far away would end up in the hands of the House of Ideas at some point. Enjoy Dark Horse’s handling of Star Wars comics while it lasts, because after 2013, Marvel will be riding the Millennium Falcon all the way to the bank.

The blog Blue Sky Disney reported that next year will be the last time Dark Horse publishes their Star Wars titles:

The Suits in the know have determined that no new contracts will be given to Dark Horse after the current ones expire. So all new projects after 2013 will be handled internally by Marvel.

They also added that once the license is acquired, we won’t be seeing any new Star Wars material until around 2015 — a long and grueling wait for those that have Star Wars titles at the top of their pull lists every comic book Wednesday.

Even though we have at last learned the fate of Star Wars comics going forward, this revelation only brings more questions to the surface in its wake. Will Marvel be keen on hiring the same writers to continue the stories started at Dark Horse? Is the publisher overburdening itself in terms of editorial with this latest acquisition? Can we expect the inevitable merchandising crossover of the Marvel and Star Wars universes? At this point, it’s much too early to tell, but we can say, without a shadow of a doubt, that this was Dark Horse’s reaction to the news: