Safety Not Guaranteed Duo Attached to Flight of the Navigator Remake 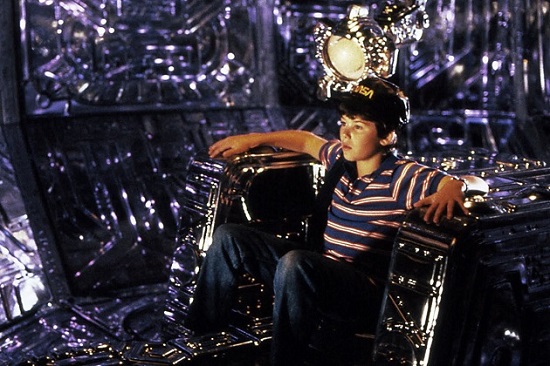 Disney has been developing a Flight of the Navigator remake for a while now, and I couldn’t be happier about that. At least I thought I couldn’t be happier, then Disney hired Colin Trevorrow and Derek Connolly to rewrite the script for it. The pair are responsible for the Sundance hit Safety Not Guaranteed, which was another sentimental sci-fi movie with a time travel storyline. I want Pee Wee Herman to pick me up in a spaceship and take me into the future so I don’t have to wait for this movie to come out.

The pair had been in the mix of talks about who might work on some of the new Star Wars movies Disney will be making, but Trevorrow shot down those rumors on Twitter.

To clarify, there is another film we all love that I’m currently trying not to mess up. Odds I will direct Episode VII: 3720 to 1.

He might be overshooting a bit by saying “we all love” Flight of the Navigator, but I sure do. I also loved Safety Not Guaranteed and really can’t think of another director working today I’d rather see navigating this project.

The original Flight of the Navigator is the story of a 12-year-old boy named Daniel who is essentially kidnapped by a spaceship voiced by Paul Reubens. The movie was actually my first exposure to general relativity. A major plot point in the film is that because Daniel and the ship fly so fast, when he goes to return home he finds that the world he left behind is now eight years ahead of him. What was a brief joyride for Daniel was an eight year period for his family where they just thought he vanished.

The film deals with time travel in a similar way Trevorrow did with Safety Not Guaranteed, which didn’t focus so much on how time travel is possible or its ramifications on the space time continuum, but centered mainly on how it can impact human relationships.

The pair already have one project in the works at Disney, but they’re playing it pretty close to the vest at this point. One of Trevorrow’s Twitter followers speculated that he might be directing a Howard the Duck remake, but that would be a lot less exciting.