Nintendo Does The Unthinkable, Publishes Pokédex App For iOS 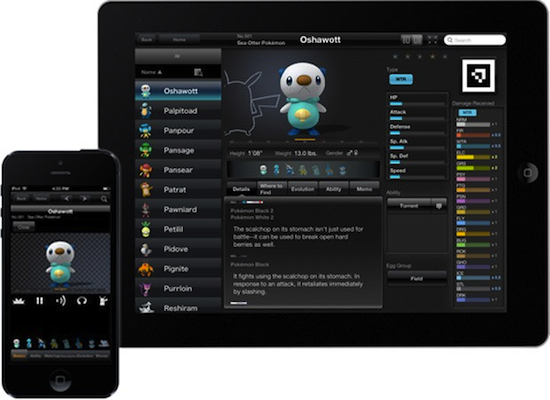 Before we begin, no, this isn’t Nintendo calling the quits on console development and becoming a third party publisher. Nor should this be taken as a sign of the impending 2012 apocalypse. Now, with that messy business out of the way, Nintendo has just released a fully functional and interactive Pokédex app designed for iOS devices. Yes, we know Nintendo would sooner die than let their money-making intellectual properties fall into the grubby hands of non-affiliated peasants, but to emphasize: This is more a superfluous portable Pokémon encyclopedia than it is an actual game, so the company, we guess, gets to maintain its integrity as a first party publisher/developer while making a few quick bucks on the side.

For the meager sum of $2.00, users can download the app and pretend that Professor Oak himself gave them a Pokédex to catalog the Pokémon they encounter in their natural habitats, like the waiting room at the dentist, the subway platform, or your own apartment! Yes, there’s not much to do with this app outside of reading the same repackaged data entries seen from the Pokédex in the games proper, but that certainly doesn’t mean Nintendo hasn’t found a way to take more of your money. If you’re anything like us, this is a trend stretching back to elementary school, and one that we’re resigned to, if not necessarily comfortable with.

Not content with running off with your hard-earned $2.00, Nintendo is also offering three upgrade packs to make your Pokédex truly complete… all priced at a reasonable $5.99 a piece. For those of you opposed to doing math — we’re right there with you — that’s a grand total of $20 just so you can know more about over 640 creatures that don’t, in point of fact, exist. Then again, if Ash Ketchum was willing to shell out $20 for this kind of gear, he wouldn’t have had to drop out of school and embark on a quest to catch them all. So, maybe do the cost-benefit analysis on it? We’re just saying is all…