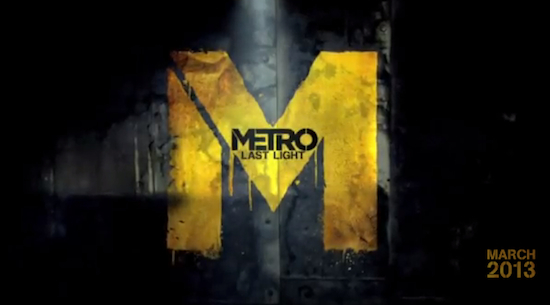 The video game publisher THQ is certainly feeling magnanimous this holiday season, what with their unprecedented Humble Bundle featuring a slew of must-have video games for download on Steam. In another bold move, THQ is drumming up hype for the upcoming Metro: Last Light by offering a free copy of Metro 2033 to everyone on Facebook, and all you have to do is give it a like on the game’s official page. No, really, that’s all you have to do to snag yourself  a copy on the house. It’s a nice gesture, but you still can’t help but wonder if this is just a major marketing campaign or yet another instance of THQ attempting to avoid focus on its recent company woes.

Much like the recent Humble Bundle, the free copy of Metro 2033 is only available to those that have an account on Steam. If you happen to not have one, but decided to give the game a like, well, we’re sure THQ appreciates your support either way. From there it’s a mere click away to download Metro 2033 for yourself, even though at this point pretty much everyone and their mother has played it. Still, there’s always a first time for somebody.

Don’t think for a minute that this an ongoing promotion where Metro 2033 can be downloaded at your leisure. There’s a limited supply available, so if you want to get ready for the game’s sequel — Metro: Last Light — coming March 2013, now’s the time to do it. Speaking of which, check out the trailer for the highly anticipated installment below: