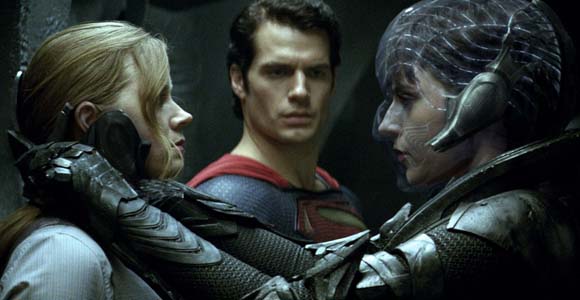 Previously set for July 17, 2015, Zack Snyder’s Man of Steel sequel has officially been moved to May 6, 2016 according to Variety. Warner Bros. will be replacing the original release date with Joe Wright’s Peter Pan origin story, Pan.

Let’s talk about how this is nothing but good news.

Man of Steel 2 was getting a little out of control. First there was the huge announcement of the Superman film including Batman in a big way. Then they cast Ben Affleck. Then there were Wonder Woman rumors and Gal Gadot was actually cast in the role. No one really knew how any of this would work on screen (well, presumably Snyder but we can’t even be sure of that) but it did open the flood gates for Justice League talk. Dwayne Johnson and Jason Momoa are names being thrown around for possible hero roles (though Momoa has denied the talks).

Bottom line? This sounded like way too much, happening way too fast. So regardless of why it’s getting pushed back, the extended work time is a good thing. Even if it means whatever script they were working with originally was crap, it means they are trying to make a stronger end product. We already learned Affleck’s Argo screenwriter Chris Terrio had been brought on board to write a draft, so I’m leaning toward that being the case, and crossing my fingers Terrio pulls out something fantastic. Warner’s statement said the move was to “allow the filmmakers time to realize fully their vision, given the complex visual nature of the story.”

The date change moves the film to the year Warner originally intended for their Justice League project, which lends more credence to the Man of Steel sequel turning into that, and out of the very crowded 2015 schedule of  Things Nerds Will Go Watch. However, at the moment, the new date sets it against an untitled Marvel Entertainment film and close to X-Men: Apocalypse.

What are your thoughts on the change?