Dwayne “The Rock” Johnson Tweets About Meeting With Warner Bros., Takes Me Back To 2001 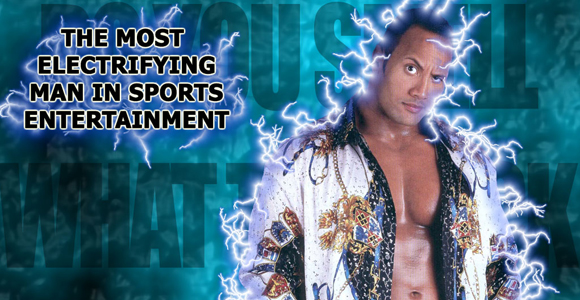 It seems to be par for the course these days. Celebrities tweeting about how they’ve been having meetings about this or that role for XYZ blockbuster. But on New Year’s Eve, Dwayne Johnson got me to sit up and pay attention. He told the world he’d bet with Warner Bros. about a DC Comics project.

We just had a big meeting w/ Warner Bros CEO re: @DCComics 2014 we will partner up and create the cool bad assery. #RockTalk @ActionTilson

But WHAT DOES IT MEAN?!? Here were my initial thoughts:

And that’s the point I remembered how much I used to enjoy watching that man work. As a WWF, sorry, WWE, superstar, he oozed charisma. I watched him every week, had posters of him on my wall and got The Rock birthday cards from friends and family. I smelled what he was cooking, as it were. It was a whole thing.

I followed him into film with titles like The Mummy Returns and The Scorpion King, and while his career started shooting upwards, I wasn’t inclined to pay money to see the other movies he chose to star in. That being said, last year Johnson teased a possible DC project on twitter which later turned into more concrete news of him being attached to play Lobo. That project never came to fruition but his latest tweet makes us wonder if it’s been revived.

I’ve hoped Johnson would one day play the villain Black Adam but the recent news of the Shazam movie being put on indefinite hold because of Man of Steel’s success makes that seem unlikely. What isn’t unlikely however, and this is pure speculation, is that Johnson could be up for a role in Man of Steel 2 to star alongside Superman, Batman, and Wonder Woman. Not necessarily as a hero, mind you, some have dropped the name Doomsday, which I could also see as a definite possibility.

At this point we have to just wait and see. Which do you think is more likely – Johnson would be a villain or hero in Man of Steel 2 or that he’d be given his own DC property to lead?