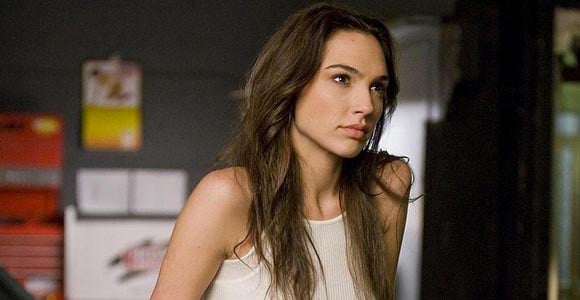 Just yesterday, former Wonder Woman Lynda Carter spoke about the casting of Gal Gadot for Zack Snyder’s Man of Steel follow up. Today, the actress herself speaks for the first time about taking on such an iconic role. Of course, her physical attributes were a topic of conversation, but don’t worry, there’s good news that involves the word “swords.”

Gadot was interviewed by Good Evening with Gai Pines, an entertainment show in her homeland Israel. Batman-News provided a translation of the chat and the first question was about where she was when she heard the good news.

I was just on my way to shooting at LA. I landed at NY in a connection flight when my agent, Hadass Lichtenstein, called me. She says to me “Wonder Woman!” and I’m like “What??” – “The role is yours!…and it’s a secret and the news are not yet announced and you can’t tell anyone…”. I’m saying to her “Are you serious??”- and we both scream! Now it’s a plane from Israel to NY and I can’t make loud noise, and so I lean on a window, bending down to my legs, and just try to understand. Long story short – I was totally alone in NY, I got to a hotel at 12 pm, I needed to wake up in the morning for shootings. I remember laying in the darkness by myself, staring at the ceiling, and I was telling myself “It’s not real!”…it shouldn’t be like that, I’m supposed to be like… “where’s the champagne?”.

Then they broached the topic of her body:

It’s been said that you’re too skinny for the part. Wonder Woman is large-breasted, is that going to change?

Hmm. I represent the Wonder Woman of the new world. Breasts… anyone can buy for 9,000 shekels and everything is fine. By the way, Wonder Woman is amazonian, and historically accurate amazonian women actually had only one breast. So, if I’d really go “by the book”…it’d be problematic.

I’ve heard the one-breasted Amazon thing is a myth but either way, the notion stands – she is who she is. That doesn’t mean she won’t be training for the role, as co-star Amy Adams suggested when asked about fans body-shaming Gadot.

So you’re not going to gain a little weight and start eating carbs before filming begins?

Anyway, here’s the video of the interview to watch for yourself. There’s even a short image of Gadot from a Wonder Woman-esque photoshoot.