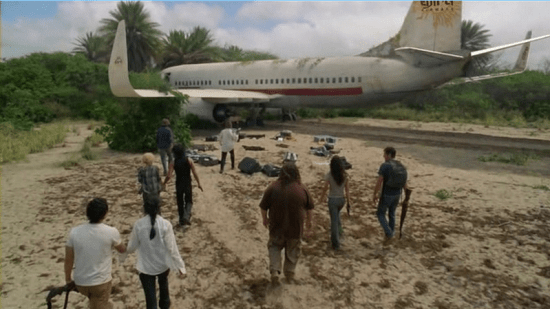 What follows is a recap of LOST Season 6, Episode 14: “The Candidate.” Lots of spoilers ensue.

After a week long hiatus, which gave fans a chance to catch their breath, LOST was back in all of its glory last night. With only three episodes left in the series, The Candidate brought fans a few painful and reluctant steps closer to the end.

Let’s start with the off-island action:

Dr. Jack Shephard did repair John Locke’s dural sac (Jack has a thing about dural sacs. In Season 1, Episode 1 (“Pilot”) he tells Kate a story about the first time he performed surgery and he accidently cut the dural sac, he was so scared, but then he counted to five, and stitched his patient back up) and John Locke is now successfully recovering in the hospital. He recognizes Jack, and Jack tells they met in the baggage claim area of Oceanic. I’m betting that John Locke is actually remembering Jack from their long and tortured relationship on the island, but who knows.

Jack, being the confident life-saving doctor that he is, tells John Locke that he got a good look at his spine and that he’s a CANDIDATE for surgery. John says no thanks, but persistent Jack keeps pushing. He goes to see Bernard, who is a dentist in Los Angeles. Bernard apparently performed emergency surgery on Locke after the accident that left him paralyzed. Jack tells Bernard that he wants to understand how Locke was paralyzed and that he met him on a flight back from Australia. Bernard interrupts and tells Jack that he was on the same flight (now, at this point, if I were Jack and I continued to run into people who were on the same flight as me, like Locke, Desmond, Charlie, and Bernard, I’d be pretty freaked out). Bernard won’t tell Jack anything about Locke, but does write the name “Anthony Cooper.”

Jack arrives at a nursing home to see Anthony Cooper and he runs into Helen. She asks Jack to leave them alone, but then has a change of heart and introduces Jack to Anthony Cooper, John Locke’s dad. Cooper is in a vegetative state and is unable to walk or communicate. Now, at this point, I’m thinking that Karma has come back with a vengeance in these flash-sideways. Anthony Cooper once stole John Locke’s kidney and paralyzed him by pushing him out a window, and now he’s in a wheelchair unable to speak.

Jack returns to the hospital to see Locke. Locke’s asleep in his room, whispering things like “Push the button” and “I wish you had believed me.” Could he be dreaming about the island? Jack’s new found sister Claire arrives to show Jack a music box that Christian Shephard left her. The box plays “Catch a Falling Star” (and not the creepy version from earlier this season). Both Claire and Jack are perplexed as to why he would have left that for her. Jack then invites Claire to stay with him. Way to go Jack, that was really the right thing to do.

John Locke goes to leave the hospital and Jack stops him in the hallway. We learn that John doesn’t want surgery because he accidently crashed a plane and paralyzed himself and his father (irony, a plane crash paralyzed him in the flash-sideways, when a plane crash gave him the ability to walk again on the island). Locke says, “What happened, happened” and Jack says “I wish you believed me” (again, irony, those were John Locke’s parting words to Jack via a suicide note).

Wow, so that was a lengthy off-the-island recap. Feel free to take a break and get yourself an Apollo bar. Now for the on-the-island goodies:

Jack wakes up in a small boat on Hydra Island, and is greeted by Sayid, who looks much less creepy. Sawyer, Kate, Hurley, Claire, Jin, Sun, and Lapidus are captured by Widmore’s people and forced into the same bear cages that Kate and Sawyer occupied in Season 3 (also the same cages where they, ya know, did it). Back on the beach, Sayid explains to Jack that Flocke saved him from the mortar attack and that all of Flocke’s people are scattered in the jungle, leaving just Flocke, Sayid, and Jack. Flocke devises a plan to bust the LOSTies out of the cages. Suddenly the power goes out, and Smokey rushes the cages, killing a lot of Widmore’s people. Jack grabs the keys and lets his gang out of the cages.

Flocke makes his way to the Ajira plane, where someone has conveniently built a staircase. He discovers the plane has been rigged with a bomb and reports to the gang of LOSTies that they’ll have to take the submarine home. Jack says he’ll help get everyone on the sub, but that he’s not leaving. Sawyer asks Jack to make sure that Flocke doesn’t get on the sub.

They get to the dock where the sub is located and there’s some gun fire between the LOSTies and Widmore’s people. Flocke gets pushed into the water, which I think is significant for two reasons (1. Flocke has said repeatedly that he can’t go in the water, 2. When asked for one important word for Season 6, Carlton Cuse and Damon Lindelof said ‘water’). Kate gets shot, and Jack drags her onto the sub. Everyone makes it (Jack, Sawyer, Kate, Hurley, Sun, Jin, Sayid, and Lapidus) except Claire and Flocke. Claire stands on the dock and screams, but Flocke tells her that she doesn’t want to be on that sub. The sub pulls away from the dock and goes underwater.

Once inside, Jack opens his backpack and finds a bomb created by Flocke. Jack says that Flocke can’t kill them (them being the candidates) and by attempting to disarm the bomb they will actually set it off. Sawyer, who can’t ever listen to a thing Jack says, tries to pull the wires out of the bomb, which causes the timer to speed up.

Sayid tells Jack that Desmond is in a well on the island (NOT DEAD, Whoo Hoo!) and that Flocke wants him dead, which means that Jack will need him. Jack asks why Sayid is giving him this information and he replies, “Because it’s going to be you Jack.” Sayid then grabs the bomb and runs to a corner of the sub. It explodes, and we’re down a candidate. Goodbye Sayid, you were a great character, always creating useful devises MacGyver style, kissing pretty ladies, and doing the killing when killing needed to get done. You will be missed.

The sub begins to fill with water and Sun is trapped against the sub wall by some debris that no one can move. Hurley takes Kate and escapes the sub, and Jack grabs Sawyer who is hurt. Jin says he is not leaving Sun, and we watch them both drown. Now we’re down two more candidates. Goodbye Sun and Jin, even in the first season when your marriage was painful to watch, you were great characters, your pregnancy brought us all great joy, your prolonged separation brought us all great sorrow, and your reunion, though short lived, made us shed a tear. You will be missed.

Hurley, Kate, Jack, and a damaged Sawyer surface on the beach. Sawyer coughs, so I think he’s still alive. Jack turns to the beach and cries, a lot.

Flocke and Claire are still on the dock when Flocke tells her the sub has sunk. He grabs a gun and tells Claire he’s off to “finish what he started.”

So, I thought this episode was a bit confusing. Here’s what I took away as being the most important.