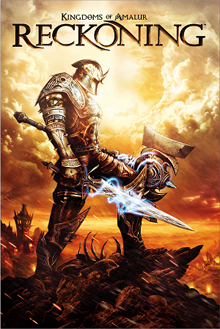 Big Huge Games, a wholly owned subsidiary of parent company 38 Studios, released Kingdoms of Amalur: Reckoning to decent sales figures this year. But it apparently wasn’t enough to keep them afloat. You see, 38 Studios, run by Curt Schilling, accepted a $75 million dollar loan from Rhode Island to move the operation to the state. And then, more recently, the studio failed to make a $1.125 million loan repayment. And now, both 38 Studios and Big Huge Games are gone.

What’s probably the hardest pill to swallow is that Kingdoms of Amalur: Reckoning did fairly well. According to Gamasutra, the game sold 330,000 copies in its first month. Curt Schilling himself recently claimed that the game outperformed publisher Electronic Arts’ projections by selling 1.2 million copies in 90 days. And yet, faced with a major debt repayment of $1.125 million dollars, the company actually had to forestall payroll just to try and meet the required amount.

But this past Thursday, the inevitable happened and layoffs hit the entire company via an unceremonious memo. The current fate of the major players in this is up in the air but what’s certain is a fairly sizable staff is now out of a job. It also raises the question as to what happens to the intellectual property now: Will it revert to the publisher, Electronic Arts, or will Rhode Island suddenly find itself in possession of a role-playing game?

(via Gamasutra, image credit via Wikimedia)