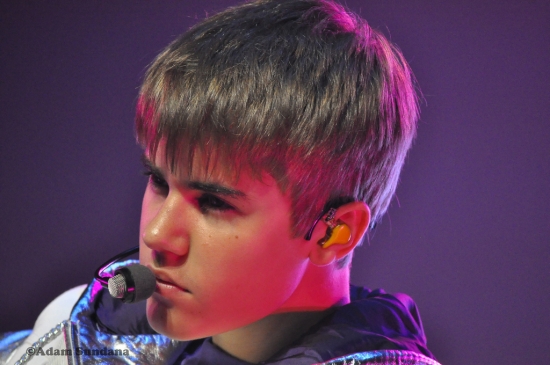 Child musician and professional Twitter trending topic, Justin Bieber has upset the world after a recent visit to the Anne Frank House. There were no reports that Bieber or his entourage behaved inappropriately during their hour long visit to the museum, but when the Anne Frank House Facebook page publicly posted what Bieber wrote in the guestbook the Internet went nuts. So what caused all the outrage?

According to the museum’s Facebook page, Bieber wrote the following message, which I will break down into smaller pieces so we can all see exactly what went wrong here. Here’s how it starts:

Truly inspiring to be able to come here.

Okay! Great start! It sounds humble, reverent, and despite being a sentence fragment, it’s surprisingly well written for a kid who’s biggest hit is just the word “Baby” repeated a bunch of times. Then he continued…

Anne was a great girl.

Alright. That’s a bit of an oversimplification of the tragic life of a Holocaust victim, but again, most of us don’t expect too much out of the Biebs. If he stopped there, everyone probably would have gone about their business and never thought twice about it, but he didn’t stop there. Here’s his big closer:

Hopefully she would have been a belieber.

What? Gross! Justin Bieber’s final thought after spending an hour in the house where Anne Frank and her family spent years living in secret before being captured and murdered by Nazis was that he hopes she would have been a fan of his? That’s disgusting, self-serving, and an insanely egocentric way to view history.

I’m generally of the belief that celebrities fall under undue scrutiny, and I’m sure Bieber is going to get a lot of heat for this. Maybe he should. For my part, I’d just like to say this: Justin, stop looking at history through the lens of who would and would not have been a fan of yours. It makes you look like an egomaniac.

It looks like the media is reacting more strongly than the museum itself, which even plugged Bieber’s upcoming Netherlands concert in the post about the event.

(Facebook via The Globe and Mail, image via cukuskumir)