New Study Shows How We Divide Ourselves Into Twitter “Tribes” 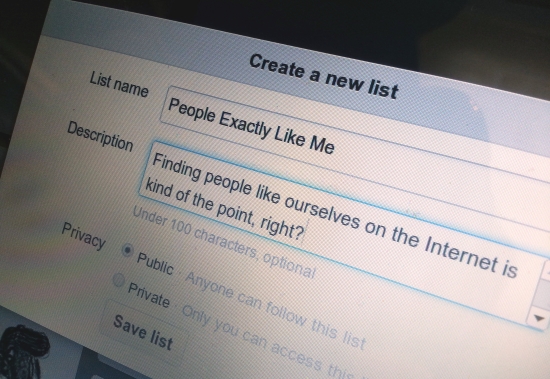 As humans, we tend to stay in groups, and those groups tend to be similar to us. We surround ourselves with people who look like us, act like us, or have similar interests as us. That behavior also follows us online, and a new study shows how we as humans break ourselves up into tribe-like groups on social media sites. That’s not too surprising, but the study also looks at we do it, and that’s fascinating.

The study was done through a collaboration between Royal Holloway University and Princeton University, and was just published in the EPJ Data Science journal. The central theme of the study is that we form ourselves into group on sites like Twitter based around one commonality we share with others.

That makes sense. As a blogger, I follow and am followed by other bloggers, and the same is true as a comedian. Each of these groups develop their own distinct languages, the study says. Dr. John Bryden from the School of Biological Sciences at Royal Holloway says that it’s language that makes it possible to predict what group a person falls into based on their language.

We searched for unusual words that are used a lot by one community, but relatively infrequently by the others. For example, one community often mentioned Justin Bieber, while another talked about President Obama.

Speaking of Justin Bieber, Bryden’s colleague Professor Vincent Jansen also from Royal Holloway compared the language people use in these online groups to regional accents, pointing out that Bieber fans tend to make the same spelling errors by ending words in “ee” like “pleasee”. Alternatively, school teachers tend to use long words in their online correspondence.

The team that published the study even mapped some of these groups, showing the commonality between them. These included jobs, interests, ethnicity, and political views. To team used advanced algorithms from the worlds of physics and network science to compile the data into groups by examining users who send messages to one another within a community.

It’s interesting to think about how, as the Internet lets us communicate with almost anyone in the world, we’re using it to communicate mostly with people like ourselves.

(EPJ Data Science via Phys Org, image my own)