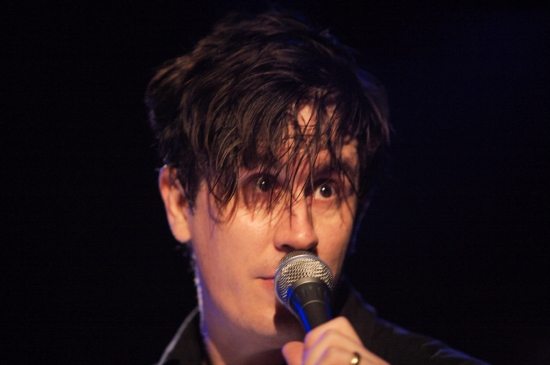 I don’t always write about Justin Bieber, but when I do it’s because it gives me an excuse to write about John Darnielle. Bieber got into some trouble on tour recently, and he’s been taking flak in the press for it, but that doesn’t interest me. What does interest me is that the event in Bieber’s life caused The Mountain Goats’ Darnielle to write a song sort of defending Bieber from the press, and there’s always more room in the world for another John Darnielle song — even if it’s about Justin Bieber.

Here’s the song, which seems as yet untitled, but let’s say it’s “Don’t be an Asshole”:

Got it everyone? Bieber and other celebrities aren’t targets to shoot at. Don’t be an asshole. John Darnielle says so, and he’s tremendous.

Darnielle makes some good points in the song about how the media deals with celebrities, but what he also does is suggest that Bieber record an album of Mountain Goats covers. Mr. Bieber, may I call you Justin?

Justin: Please do this.

(via The Hollywood Reporter, image via dansays)