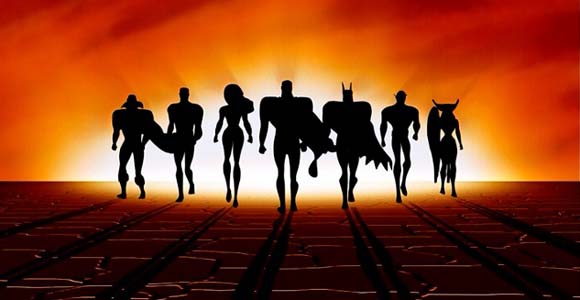 Ok, here we go. Warner Bros. Justice League movie will star Hawkman, Blue Beetle, Donna Troy, Impulse, Terra, and Ch’P. What? That doesn’t sound right to you? That’s because it’s totally not. Pick the most obvious DC Comics characters you can and then see if they match up with the latest rumor floating around.

The rumor comes via Latino Review. They get scoops sometimes but again, this is a completely anonymous rumor. Though at least they cite “sources” instead of pulling the information out of thin air like that Doctor Who rumor from the other day. So who are the characters they say are heading to the big screen?

Were you right? Probably, and that’s because they’re the best bets for a successful film franchise. I wouldn’t be surprised if this particular rumor came true but again, they are the obvious choices.

Latino Review also names Martian Manhunter and Aquaman for possible cameo appearances but we’re really no closer to knowing anything about the Justice League film than we were when it was first announced. There was a rumor Darkseid might be the villain, but again, just a rumor. We have more information on Guillermo del Toro’s Justice League populated with magic characters at this point and that film isn’t even greenlit yet.

Will Beall is writing the script but Justice League has yet to find a director and it is set to be released in 2015, the same year as The Avengers sequel so they better choose wisely.