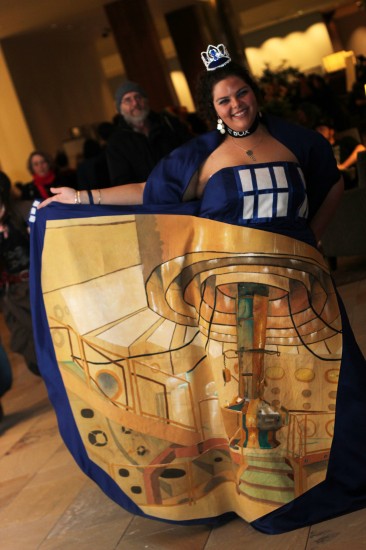 Ok, so this TARDIS dress is not actually bigger on the inside, just theoretically and artistically. And anyway, it’s cooler than sharing with you the idiotic Doctor Who rumor floating around the internet today that one website literally decided to create out of thin air. They didn’t even bother with “anonymous sources” and Colin Baker is even refuting it on Twitter. Anywho (har har) this is cosplayer Sasha Trabane, in a gorgeous gown painted by Andy Coyle for the Arisia convention in Boston, winning two prizes at the event. This needs to be on a runway somewhere.