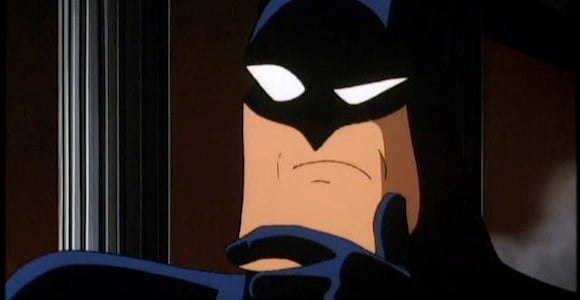 If there’s one thing you can say about Warner Bros., it’s that it saw the looming storm of The Avengers from years out, what with talking crazy about how they’d be rebooting Batman as soon as Christopher Nolan was done with it, in order to make a Batman franchise that would fit better tonally with their new Green Lantern and Superman movies so that a Justice League movie would even be feasible. What you can’t say is that they did anything of substance about it. But now the company that exclusively owns the film rights to the oldest and most well established superheroic characters in history has just seen 1.3 billion reasons to aggressively push a their own team movie franchise. That’s the $1.3 billion that The Avengers has clocked at the box office so far.

Before we get into the details of who the writers are, lets go into a little establishing information about how DC’s characters get made into movies and how it’s different from the way The Avengers happened. DC Comics has been wholly owned by Warner Brothers for decades now, meaning that Warner Bros. fully controls the movie rights to these properties, and for decades, DC was pretty much the only one of the Big Two comics publishers to get high grossing big budget movies out of its properties. Then came the 00’s, when Marvel had a good, if sporadic, run in the movies by handing out movie rights to Spider-Man and the X-Men to Sony and Fox, respectively. But it was sporadic: Fantastic Four, Daredevil, Electra, The Hulk… by the time we got to X-Men and Spider-Man three, fans were groaning more than they were cheering. And then Marvel did something pretty interesting, in a dying print industry. It opened its own movie studio, and started making a series of really incredibly, against-all-odds-of-how-things-usually-go-with-comics-and-Hollywood, successful movies about its biggest superhero names, culminating in, against all odds, a movie that stands as the third highest grossing movie in history and is still in theaters.

So to recap: Marvel, yes, has come under the ownership of Disney, and likely we haven’t even yet seen the ramifications of that transaction, but the company is fully in control of its characters in movies in a way that DC is not. Warner Bros. is where the buck stops on whether a DC character project gets greenlit and who works on it.

So who has Warner Bros. told Variety will be working on these adaptations? Will Beall, a guy whose only work that’s currently not in some stage of pre- or post-production is editing handful of episodes of Castle, is working on Justice League. But the tapping of an unknown writer whose first feature length film has not been released yet is not as teeth grindingly frustrating to me as taking the guys who wrote Green Lantern and asking them to write The Flash and Wonder Woman.

Teeth grinding, because the problem with Green Lantern was, at it’s very core, that is was terribly written from the ground up. Not just plot holes or bad dialogue or continuity mistakes, but just a movie that betrayed a fundamental misunderstanding of the dramatic arc. A movie that I was rewriting in my head after the first twenty seconds of narration. I’ll allow that a lot of Green Lantern’s problems felt like studio meddling (of exactly the kind that Marvel doesn’t have to worry about because it is its own studio), from executives who were terrified that audiences wouldn’t be able to grasp the concept of “space cops” and thought that throwing an extra few million at the special effects budget late in the movie’s gestation would fix it. It also had, you know, four writers.

And maybe, when those guys are split up and working on separate projects, things will turn out okay. But the success of Nolan’s Batman trilogy, the only successful DC movie franchise at the moment, is founded not just on the storytelling talents of Nolan and his writing crew, but also on his absolute refusal to bow to studio pressure, even on something as story-trivial as 3D conversion. It would behoove Warner Bros. to follow the example of those movies: find proven talent that has a specific vision, and then let them do their job.

And until it becomes clear that Warner Bros. is doing that with the Justice League, the Flash, and Wonder Woman, my advice is not to get excited about it, in the same way that we were all very, very skeptical that The Avengers would ever happen once upon a time.