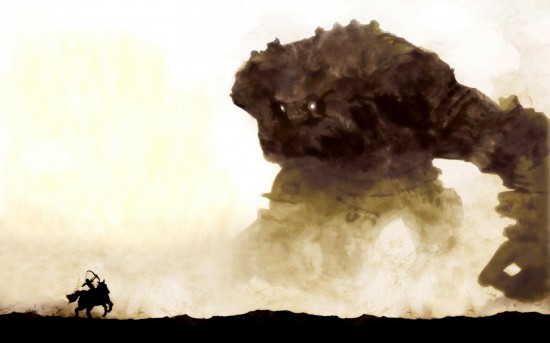 Popular Sony video game franchises tend to stay in movie development hell for roughly ever. They’re generally the movie version of vaporware; from the Metal Gear Solid movie, to the God of War movie, to the Uncharted movie. Talk of a Shadow of the Colossus movie has been bouncing around the rumorsphere for almost as long as the 2005 game has been released. Now, we’re one step closer to seeing what could either be a horrible travesty of film or one of the best movies of all time. Deadline reports that the Shadow of the Colossus movie has found a director, none other than Josh Trank, who happened to direct surprise superpowered hit Chronicle.

If there were ever a video game with a very high risk-versus-reward factor for being translated to film, it’s Shadow of the Colossus (probably closely followed by Journey). Shadow is the go-to game for the “video games are art, damnit” argument, as it’s a powerful story told mostly through striking visuals, rather than an elaborate script. If done well, not many things would be more visually captivating as seeing a bunch of humongous colossi on screen, and if done even more correctly, the movie wouldn’t need much dialogue to convey the story, just like the game didn’t, so there would be less to mess up.

Trank, as anyone who saw Chroncile could guess, seems to know what he’s doing. With Chroncile, he took a superpowers movie and made it something different from what we’re used to, but still managed to pull off a compelling story. Obviously, writer Max Landis had something to do with that, and a movie needs both a great director and a great writer, but Shadow of the Colossus doesn’t need much writing.

Trank has a few other things on his plate, as he’s developing a Fantastic Four as well as a Venom Spider-Man spinoff. Sony is currently looking for writers to work with Trank on Shadow, but hopefully Sony realizes not to stuff the movie with dialogue, unless, of course, it’s Wander mindlessly chattering away to no one in particular as he wanders the wasteland with nothing but his horse. Hopefully, though, the movie (if it ever gets done, obviously) keeps the game’s solemn, gloomy tone, and doesn’t change much in an effort to please the movie-going audience, as the story is damn near perfect to begin with.