Chronicle is Getting a Sequel 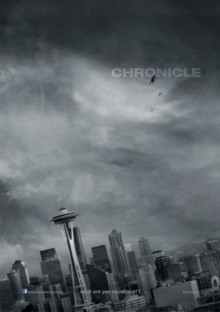 Back when the trailer for Chronicle released, we knew the movie would be some form of entertaining — either because things would blow up for two hours, or because the movie would actually be a fresh take on superpowers. Even though the movie followed some overused tropes, such as having a big fight between a hero and villain, and being shot in the handy-can style of The Blair Witch Project and Cloverfield, the movie still turned out to be surprisingly good. It actually did deliver a somewhat fresh take on superpower movies. Hollywood thought it was good too, good enough for it to be getting a sequel, in fact.

Since its release about a month ago, the movie has grossed $105 million at the box office worldwide. This was probably enough to green light a sequel, and Max Landis, who wrote the original, is returning to write the next installment.

If you’ve seen the movie, no, we don’t quite know if it’ll continue the story of the first, as that had a satisfactory ending. Any return to those specific characters might actually ruin the first movie’s understated, more realistic portrayal of superpowers (read: teens get superpowers and screw around with them, rather than don costumes and stop bank robberies). One could only assume that focusing on new characters while leaving the ones from the original out of it would be the right way to do a sequel, with the new characters acquiring their superpowers in the same style.

Details are very scant regarding the sequel at the moment, but if you haven’t seen Chronicle yet, you should remember to give it a go in preparation for the sequel.