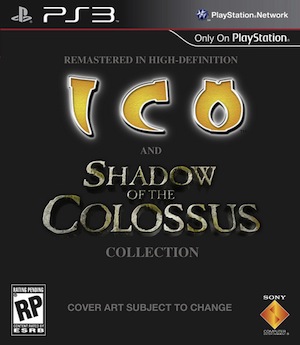 After many months of speculation, Team Ico has confirmed that the phenomenal Shadow of the Colossus and stellar Ico will be released on the PlayStation 3 in America and Europe on a single disc, remastered in HD, with full trophy support and even 3D support if played on a capable television.

The games will also run in a consistent 30 frames-per-second as well as sport an overhaul of the textures to ensure the releases look great in high definition. If that weren’t enough, the European ending in Ico, which slightly differed from the American ending, will be included as the new, “regular” ending to the game. But wait, there’s more! Fumito Ueda, series head and hero to gamers everywhere, has said they’re planning on doing something about the widely disliked original North American box art of the games.

There doesn’t seem to be an official price yet. A Walmart listing that was posted before the official release announcement has the collection set at roughly $40, but as universally known in the gaming world, price listings before official announcements don’t necessarily hold much weight.