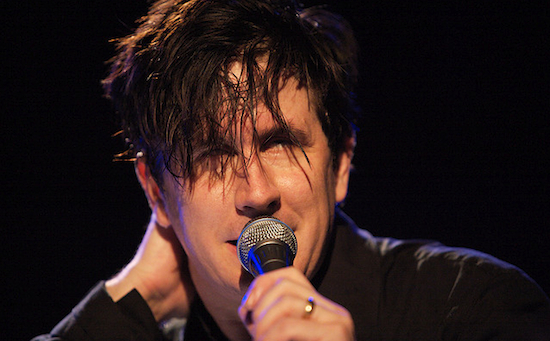 There’s no experience quite as entertaining as scouring the petition board on the White House’s official website and reading the truly offbeat ones, but sometimes, between the fits of laughter and the wiping away of a jovial tear, we find a few that make us wish we had thought of it first. On December 26th, an apparently enthusiastic fan of the Mountain Goats posted a petition seeking that the band’s sole permanent member, John Darnielle, be recognized as the United States Poet Laureate. Here’s hoping that one fan’s dream can become a reality, assuming he can get the required 25,000 signatures by the end of January to get a review.

The petition’s creator, listed simply as Micheal H., said this about why Darnielle is more than deserving of the accolade and everything that comes with it:

John Darnielle is an American institution. An inspiration to poets, artists and sundry other human beings both in America and world-wide, Mr. Darnielle is a unique voice in modern word and music. For over twenty years, Mr. Darnielle has struggled on our behalf to come to terms with the base instincts of the human psyche. In literature, there is no man more worthy of recognition through the award of U.S. Poet Laureate than John Darnielle.

We have to admit, from what we’ve seen, that is the most articulate and coherent praise ever to be written by a fanboy. Even more surprising is that Darnielle didn’t even put the petition’s writer up to this, nor did he do it himself under a pseudonym. On Twitter, Darnielle posted:

I did not do this, but if I didn’t point it out, they’d fail me in Social Media 201: Petitioning Governments for Lols petitions.whitehouse.gov/petition/recog…

If, by some divine miracle, Darnielle does find himself becoming the nation’s Poet Laureate, he’d be following in the footsteps of greats such as Robert Frost and Gwendolyn Brooks. You have to say, though, it rocks that a person’s favorite musician has the potential to represent and promote the nation’s poetry. The petition’s going to need a lot more votes, though.

(The White House.gov via Pitchfork, image via dansays)