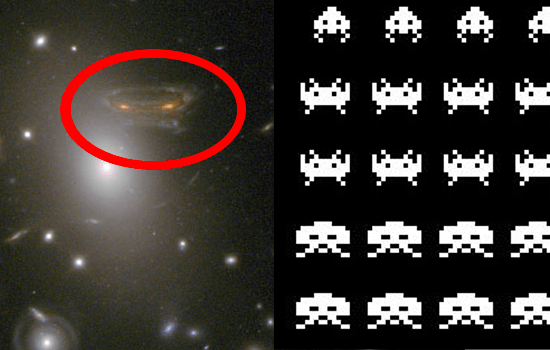 Personally, I think it looks more like Black Manta’s helmet than a Space Invader, but this image of a spiral galaxy taken with the Hubble Space Telescope sure looks like something other than a spiral galaxy. That’s because the light from the “Space Invader” galaxy is being bent around a galaxy cluster called Abell 68. The process by which this happens helps astronomers see much further into deep space, but often results in distortions, though this is the first time it’s resulted in a video game reference that we know of.

Light bending around a spacetime distortion caused by a massive concentration of matter is known as gravitational lensing. It helps cosmologists look deep into the universe, and recently helped the Hubble find MACS0647-JD, the most distant object known to exist.

The Space Invader was found by Nick Rose as part of a competition to process interesting images from the Hubble called “Hubbles Hidden Treasures.” I’m not sure if Rose’s submission won the competition, but if there’s a category for “Thing That Looks Most Like a Space Invader/Black Manta’s Helmet” then I’m pretty sure he’s a lock.

Obviously this is the kind of thing space agencies do to try to bring attention to themselves to get people excited about the work they’re doing. It worked. You have my attention, Hubble. Please go find more things that look like video game and comic book characters.

The Space Invader is only a small portion of the image released. You can see the full thing below, and try to find interesting shapes yourself: 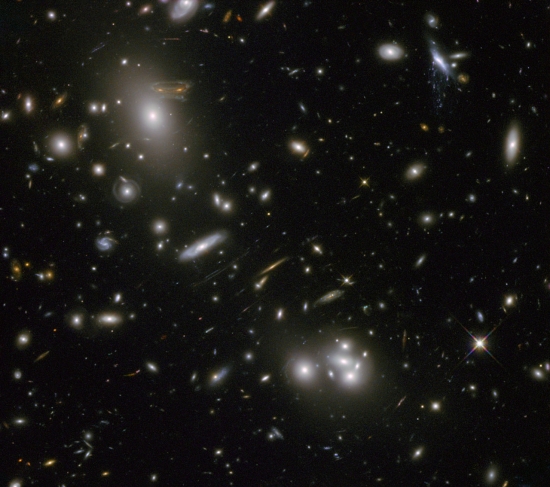 And I meant it when I said that galaxy looked like Black Manta’s head: 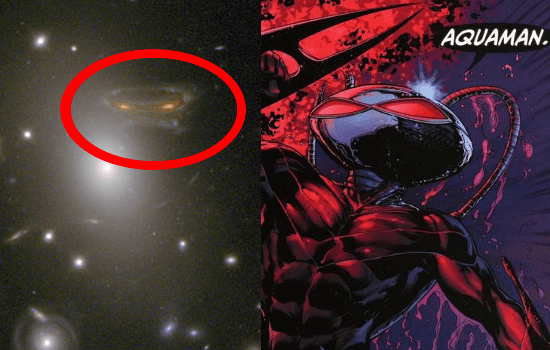