StarCraft II: Heart of the Swarm Opening Cinematic Reminds Us Why We Love Blizzard 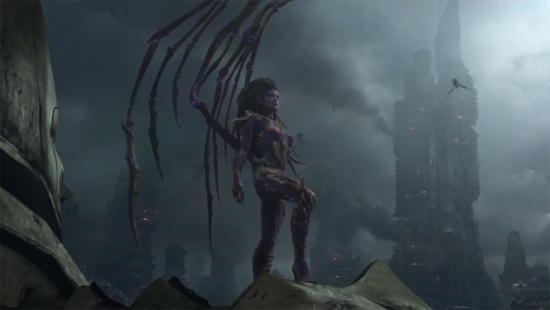 Sure, Blizzard‘s notorious for running late with products. Okay, maybe Activision is willing to gouge players to the absolute breaking point. Still, there’s a reason folks have come back to franchises like Diablo, Warcraft, and StarCraft time and time again. Even if that relationship should sour over time, let it not be said that the people at Blizzard weren’t capable of wonders when it came to cinematic sequences. Case in point, the opening cinematic for StarCraft II: Heart of the Swarm dropped today, and it’s just about as beautiful as anyone could hope.

In addition to the earlier complaints, it’s worth noting that the Heart of the Swarm launch is running late compared to initial estimates. We certainly seem to be on track for the current March 12, 2013 release date. That being said, it’s not like anything’s ever truly set in stone when it comes to Blizzard and the StarCraft franchise. What we’re basically saying is this: Keep your fingers crossed.