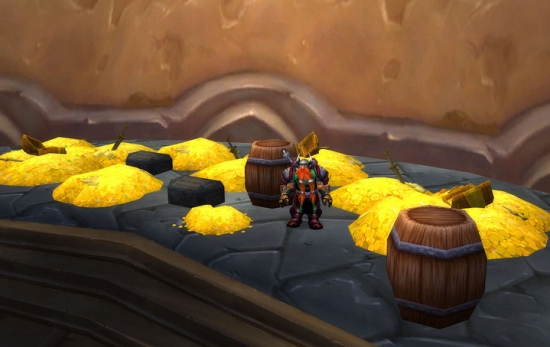 World of Warcraft is a community as much as it is a game, and sometimes that community has been called on to help out the real world. Blizzard, the company behind WoW, has hosted fundraising efforts in the past for charities like St. Jude Children’s Hospital, the Make a Wish Foundation, and even the relief effort after the devastating 2011 tsunami in Japan. Their latest call to action for players has broken all of their previous fundraising records. Blizzard announced last week that World of Warcraft players have raised $2.3 million dollars for Hurricane Sandy relief.

The money was raised in-game by offering players the chance to adopt a fiery pet cat known as a “Cinder Kitten.” The pet was offered to players at the price of a $10 adoption fee, and Blizzard announced that all the money would go to Sandy relief even before the Cinder Kitten was added to the game. The community responded in record numbers, snapping up the fiery little furballs.

Creating adorable in-game pets seems to be Blizzard’s preferred method of raising money for charity, and it works well for them. The campaign to raise money for tsunami relief in 2011 involved selling a “Cenarion Hatchling” pet, and that raised over $1.9 million.

People love pets — even virtual ones that are on fire.

The pet strategy seems to work better than Blizzard’s other attempts at fundraising. In 2011, to raise money for St. Jude Children’s hospital, Blizzard auctioned off retired game servers that actually ran the game, and raised $330,000. That’s still a great amount of money for charity, but it seems small in comparison to the bigger totals raised through the pet strategy.