Oh, yeah, and he's also an actor too, or whatever. 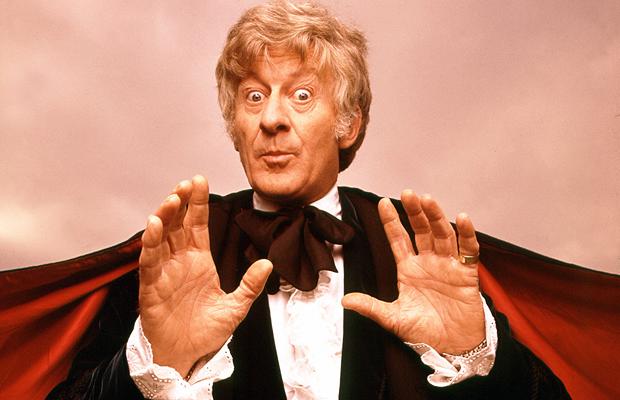 So, it looks like they’re still going ahead with this Gotham prequel series, which will focus on the life of pre-Batman James Gordon and Bruce Wayne, “right up until the point where he gets interesting.” (That’s a direct quote from Fox Entertainment Pres. Kevin Reilly, by the way.) So, who’s in the cast so far? Sean Pertwee, for starters.

In addition to sharing at least half his genetic makeup with somebody who used to work for U.N.I.T., Pertwee is also well known as Lestrade in CBS’s Elementary, as well as parts in The Tudors and Luther. The interpretation of Alfred he’ll be playing is “a tough-as-nails ex-Marine from East London, who has loyally served the Wayne family,” according to Warner Brothers. While the idea of a younger Alfred does confuse me on a deep psychological level, I actually think I like the idea of Pertwee in the role when compared to Jeremy Irons, whom I’m still convinced is going to chew up the scenery so bad in Batman Vs. Superman that they will probably have to allot an extra part of their budget for it.

In addition to Alfred and Gordon (Ben McKenzie from The O.C. will be playing him, if you remember), Fox has also cast Robin Taylor as the Penguin, Zabryna Guevara as “Rookie Gordon’s boss,” Captain Essen, and Erin Richards as Barbara Kean, Gordon’s fiancée. Like Alfred, the Penguin is also being given a grittier personality: he “is described as having the brains of a chess grandmaster and the morals of a jackal who is a low-level psychopath for gangster Fish Mooney who hides his sadistic lust for power behind an exquisitely polite demeanor.” That really doesn’t gel with my favorite interpretation of The Penguin, the hoity-toity elegant Bruce Timm version, but it’s not the worst Penguin concept I’ve ever heard. If anything, it’s very reminiscent of the Arkham City version.

According to the Hollywood Reporter, Fox is also looking to eventually cast a Joker, Catwoman, and Riddler, and that the series will end with Batman donning the cowl a la Clark Kent becoming Superman in Smallville. Save for the Joker, who needs to appear after Batman in order to reach his full potential as a character, this all sounds like it could be good. Or, you know, it could be the worst thing ever. I guess we’ll just have to wait and see.

(via Hollywood Reporter and The Mary Sue, image via BBC)