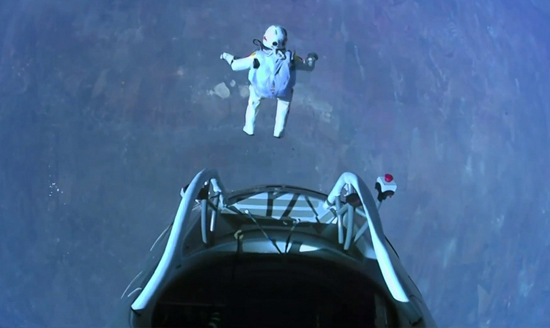 Felix Baumgartner‘s record-breaking jump was nothing short of amazing. It’s likely to be something we’ll keep talking about as more footage rolls in over time. One of the common thoughts shared on the jump is the wish that Baumgartner had been equipped with Google Glass. Though it might have mimicked Google‘s earlier skydiving stunt, it would have almost certainly been memorable enough to afford a repeat. Turns out, Google actually considered doing exactly that.

According to one YouTube staffer, there were other circumstances that meant Google Glass couldn’t be used safely. Here’s the Twitter conversation:

@dannysullivan @redbullstratos we discussed it but other factors prevented that from being safely deployed. — golding (@golding) October 14, 2012

Unfortunately, we’re all just going to have to continue wondering what the video would have been like.