Felix Baumgartner’s Jump From 120,000 Feet Aborted Due to Gusty Winds 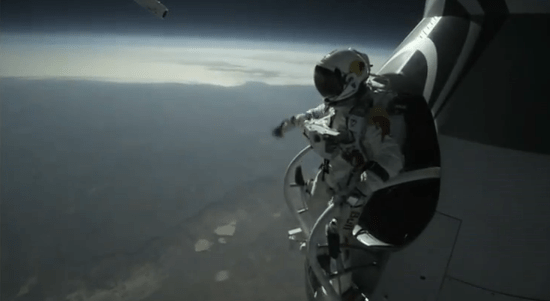 Well folks, it looks like Felix Baumgartner won’t actually be jumping from 120,000 feet today. His near-space feat will have to be rescheduled. The official reason for the abortion is “gusty winds,” but it was actually a series of complications that delayed the operation to the point where it just wasn’t feasible to launch any longer. It’s unclear whether the event will now occur tomorrow, but it certainly won’t be occurring today.

The official livestream didn’t stop when the jump was called off, so the announcers gave the official reason and then explained in detail what exactly had happened. The balloon required to send the capsule so high rather expensive, so they waited until the last possible minute to fill it with helium. That’s just taking into account the initial weather delay.

Then one of the two radio systems in the capsule went dead. Baumgartner’s only means of communication was suddenly cut in half. By the time they hemmed and hawed about whether they could go without it, they’d basically missed their chance. Better luck next time, Baumgartner.