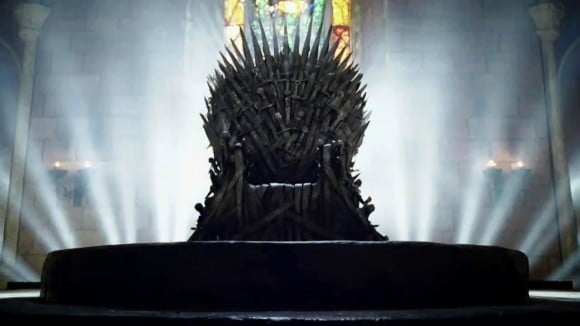 As the second season of HBO‘s Game of Thrones gets ready to wrap up, news about who will be joining the epic cast of characters has started arriving by raven. Or just the internet. But I think news-via-raven is way more exciting. Anyway, readers of George R. R. Martin‘s books know that some characters were left out of the second season, which drew from the second book, A Clash of Kings. But let’s be honest — those books are pretty dense and have quite a few characters in them. However, there are two characters from that book who will definitely be showing up next season. After the jump, see who they are and see who else is joining one of television’s biggest casts.

Two major characters who were missed by fans this past season were Jojen and Meera Reed, siblings who arrive in Winterfell to show their support for the Starks. Jojen, who is a 13-year-old boy in the book, has “greensight,” or prophetic dreams. One of those dreams revealed the day he was going to die, so that’s kind of a bummer, no? And Meera is Jojen’s older sister, who is a skilled huntress. They both travel to the Wall in search of the three-eyed crow, which appeared to Bran Stark in a dream. First introduced in A Clash of Kings, they were nowhere to be seen in the show’s second season, something that worried fans. However, showrunner David Benioff wants to assure everyone that it was just a matter of making story choices for the sake of not overwhelming the TV audience with a plethora of people:

“[Jojen and Meera Reed] haven’t been written out,” Benioff says. “It’s important to point out that that we have the largest cast on television right now. We introduced dozens of new characters in season two. If you hurl 300 characters at an audience, the story collapses under the weight of too many faces, too many names, and too many subplots. We need to be just as mindful of the audience members who have never read the books as we are of the readers…”

The third season, which will be based on Martin’s third book in the Song of Ice and Fire series, A Storm of Swords, will actually only cover about half of that book with the fourth season covering the rest. But in the meantime, here is the list — from Entertainment Weekly — of who will be appearing next season, in addition to “a few others,” according to Benioff:

– Mance Rayder: We’ve heard about him all season. A former member of the Night’s Watch who became the “King Beyond the Wall,” the leader of the Wildlings.
– Daario Naharis: A confident and seductive warrior.
– Jojen Reed; Meera Reed: A teenage brother and sister duo with special insights.
– Edmure Tully: A brash young member of the Tully family.
– Ser Brynden Tully (The Blackfish): Catelyn Stark’s uncle.
– Lady Selyse Florent: Stannis Baratheon’s wife.
– Shireen: Stannis’ daughter.
– Olenna Redwyne (The Queen of Thorns): Margaery Tyrell’s sharp-witted grandmother.
– Beric Dondarrion: A skilled knight who is the leader of the outlaw group Brotherhood Without Banners.
– Thoros of Myr: A red priest who follows the same religion as Melisandre.
– Tormund Giantsbane: A Wildling raider.

Remember, Ice and Fire fans — just because a character is not named here doesn’t mean they won’t be on Game of Thrones eventually. Either they just haven’t been named on the list, or they’ll be in season four. And as far as casting goes, well, watch this space for that news as it comes.