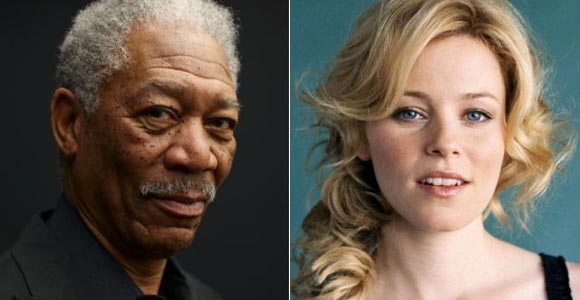 The live-action/CG animated Lego: The Piece of Resistance is getting built pretty fast. They’ve just added Morgan Freeman and Elizabeth Banks as voice actors. So, will they play minifigs we already know or original plastic people?

Phil Lord and Chris Miller, directors of the revamped 21 Jump Street and Cloudy With A Chance Of Meetballs are in charge of the film and have insisted they aren’t trying to ruin our childhoods.

They’ve already got Chris Pratt (Parks and Recreation) to play the lead minifig, a regular-Joe named Emmett who is mistaken for a MasterBuilder. They’ve also secured Will Arnett to voice Batman but are still in talks with Channing Tatum to voice Superman. This will be the first time Superman and Batman share the big screen.

So, what about Freeman and Banks? Deadline says they’ve heard Freeman will be playing a character called Vitruvius but don’t have a lead on who Banks will voice yet.

Are you excited for this film? I didn’t want to be at first but the more I hear about it, the more I want to see it. Especially now with the talent they have attached.