Watch This Precious LEGO: The Lord of the Rings Trailer 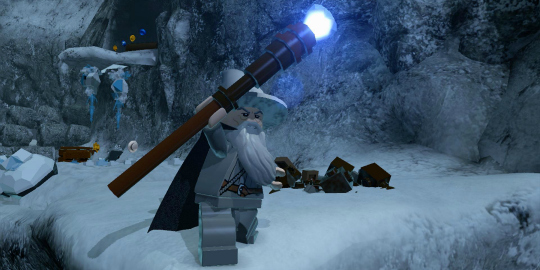 When we caught a glimpse of the LEGO The Lord Of The Rings game earlier this summer, we understandably collapsed in a fan-panic. Not only are the LEGO games freaking adorable, this one seemed to feature actual dialogue from the film, an interesting turn from the usual gesturing/grunting thing LEGO game characters tend to use to communicate. Hit the jump for the new trailer previewed at Gamescom 2012, in addition to a cute, but maxim-heavy short about the history of the LEGO Group in honor of their 80th birthday.

Playable characters will include Frodo, Aragorn the Ranger, Gandalf the Wizard, Legolas the Elf, Gimli the Dwarf, Boromir, and of course, Sam, Merry and Pippin. The game is set for release later this year, and will appear on the Xbox 360, PS3, Wii, DS, 3DS, Vita and PC.

I’ll be honest, this game probably wouldn’t be the same without Gandalf bellowing “you shall not pass!” Good decision, LEGO!

And now, in honor of 80 years worth of great decisions, here’s LEGO’s poorly written but heartfelt short about the birth of their company, sprinkled with some business advice for all of you aspiring toy makers out there:

(via Computer and Video Games and Examiner.)