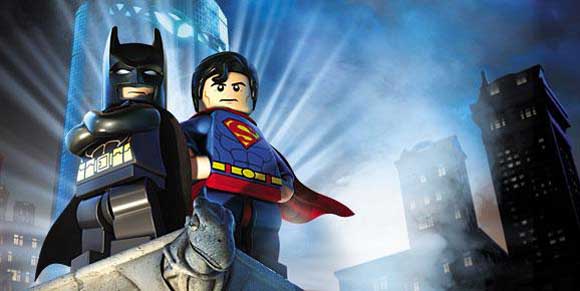 A LEGO film seems long overdue considering the toy properties that have gotten Hollywood’s attention over the last few years but will this one be a hit? I’m gonna go ahead and say yes considering this news. The film, titled Lego: The Piece of Resistance, will bring Batman and Superman together on the big screen for the first time in special cameos. Hit the jump to find out who will be voicing them and whether or not other franchise characters could be joining them!

We’ve seen Batman and Superman in comics together, in animated television shows and direct-to-video films, but never have the Caped Crusader and the Big Blue Boyscout shared screentime in a Hollywood feature film. Until now.

That’s kind of a big deal.

Variety reported recently that both DC superhero characters would be appearing in Lego: The Piece of Resistance. and that Arrested Development star Will Arnett would be voicing Batman. They are still in talks with Channing Tatum to voice Superman. Chris Pratt (Parks and Recreation) is set to voice the lead character, “Emmet, an ordinary, law-abiding, Lego mini-figure who is mistaken for the most extraordinary MasterBuilder. He’s drafted into a fellowship of strangers on a quest to stop an evil tyrant from gluing the universe together.”

Phil Lord and Chris Miller, directors of the revamped 21 Jump Street and Cloudy With A Chance Of Meetballs have some serious weight on their shoulders with LEGO. Especially considering some people weren’t too happy when they noticed LEGO was starting to make their video game minifigs talk. “All we do is violate people’s childhoods – we’ve made a career out of it,” said Lord about the project. “The thing that inspired us was the brick films that everybody makes online, just people in their basement using Lego to make crude stop motion clips, Star Wars and all that stuff.”

Yes, let’s talk about Star Wars for a minute, shall we. LEGO has made several Star Wars video games but it’s doubtful any of LucasFilm’s characters will make an appearance in Lego: The Piece of Resistance. But what about other Warner Bros. properties? Say…Harry Potter. We have no idea at this point how Batman and Superman will fit into the film but if it’s just small cameos, there’s no reason to think there won’t be others. At the very least, there could be other DC Comics characters.

“In November, Warners brought on Chris McKay, director of Adult Swim’s stop-motion animated comedy Robot Chicken, to serve as co-director under Lord and Miller,” writes Variety. “During last year’s Comic-Con, the studio announced an expanded relationship with Lego, granting the toymaker access to DC Entertainment’s complete library of comicbook characters and stories to launch DC Universe superheroes as figures and playsets in January.”

Regardless, Batman and Superman are going to be in the same movie as LEGO minifigs before live-action. What a world. Lego: The Piece of Resistance is set to be a mix of live-action and CGI animation and should hit theaters in February 2014.