As Trouble Brews in Egypt, Facebook Plays an Interesting Role 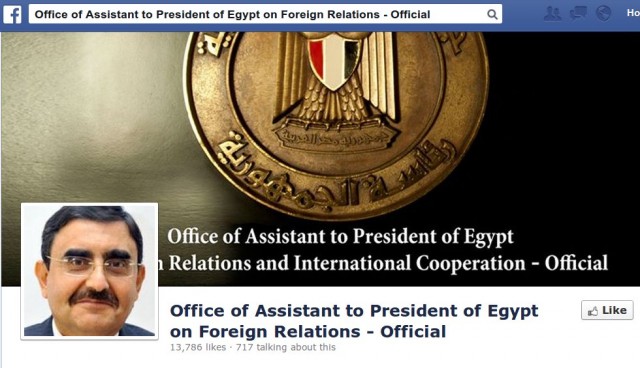 Social media has played an important role in the political situation in Egypt since the first protests began happening in Tahrir square back in 2011. As more protests erupt today, Essam El Haddad, the assistant to President Mohammed Morsi took to his Facebook page to call the opposition to Morsi a “military coup.”

El Haddad writes on the page:

As I write these lines I am fully aware that these may be the last lines I get to post on this page.

For the sake of Egypt and for historical accuracy, let’s call what is happening by its real name: Military coup.

It has been two and a half years after a popular revolution against a dictatorship that had strangled and drained Egypt for 30 years.

That revolution restored a sense of hope and fired up Egyptians’ dreams of a future in which they could claim for themselves the same dignity that is every human being’s birthright.

He goes on to lay out his party’s position on many of the matters currently facing Egypt. The full post has already been shared over 1,000 times and has hundreds of comments, both in support and opposition.

Mediaite is reporting that there are already 18 dead and more than 300 injured in the latest clash centered around a pro-Morsi rally near Cairo University. They also a have a live feed to coverage of the protests.