It all sort of unfolded like a George R.R. Martin novel, except the bill was the only thing that died. 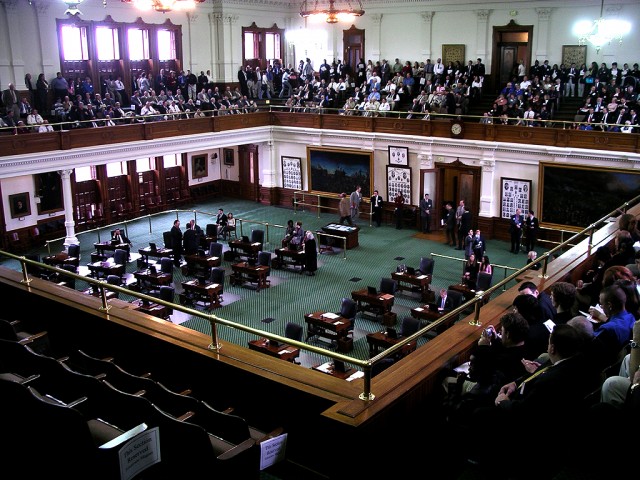 Did you miss last night’s monumental Texas state senate filibuster debacle? Because the Internet didn’t. Over 160,000 people tuned into a single Youtube livestream to watch the debacle that raged on in the Texas senate over a bill that would have wreaked havoc on abortion centers and reproductive health clinics in the state. Of course, that didn’t stop GOP Senators from attempting to manipulate the senate record into reflecting the exact opposite of what actually happened. Silly senators. Don’t you know by now that you can’t pull one over on the Internet? And that those who tried will be publicly lashed for their troubles? Well, I suppose you do now.

First, a recap: in order to keep the bill from going to a vote and ending up on Governer Rick Perry’s desk,   Senator Wendy Davis spent over 11 hours in filibuster mode to run out the clock, because senate votes are like mogwai and terrible things happen if you feed them after midnight. When Davis apparently strayed too far from the topic at hand, Republican Senators tried to move for a vote, in the process ignoring Democratic Senators who were trying to make a point of inquiry — a legislative tool that would have run out the last few minutes on the clock, sending the bill back into limbo.

Then, after being ignored one too many times, fellow Democratic Senator Leticia Van De Putte dropped her metaphoric lady-dick on the table and asked, “At what point must a female senator raise her hand or her voice to be recognized over her male colleagues?” This prompted the entire gallery full of pro-choice protestors to erupt in a gleefully righteous fury that meant the Senate couldn’t be brought to order until after 12am CST, meaning there could be no vote on the bill

So that’s it, right? Senators supporting the bill grimly accepted defeat and acknowledged the clear message that their constituents were sending them? Of course not, they’re politicians. They voted anyway and argued, among other things, that the crowd’s disruption caused a time-out to occur in proceedings so their past-midnight vote should count. Then, for good measure, Lieutenant Governor David Dewhurst prematurely leaked to AP’s twitter that the bill had been passed — though let’s be real, it was probably the woman to his left who’d been advising him all night Melisandre-style.

The time stamp on the Texas state senate website was also mysteriously changed to suggest that the vote had been made on the 25th of June, not on the 26th, because I guess whoever is in charge of that record forgot that 160,000 were currently watching them.

That is what the Texas Legislature Online said initially, courtesy of RealityCheck.org (arrows and other markings are ours):

And this is what it says now, which is totally and completely wrong:

This tomfoolery didn’t stand of course, as the filibuster’s place in the public eye saw the legislature being taken to task for their malfeasance over social media and eventually forced to concede that SB 5 had met with defeat. The bill was officially labeled dead after 3 am EST and there was much rejoicing. Dewhurst is quoted as being “frustrated” and hinted that Governor Perry might call another special session to settle the matter. Good luck, buddy. We’ll still be watching you. However you may feel about the Texas legislature politically, we can all agree on one thing — these folks make for great TV.