A search engine that won't sell your data to the NSA! You know, 'cause that makes it look like the other guys might... 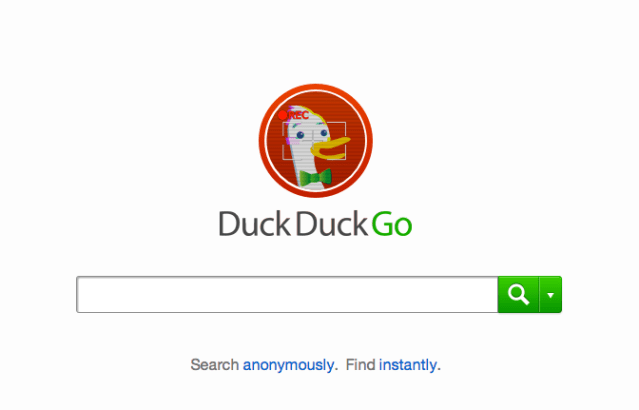 The PRISM scandal has everyone upset, and for good reason — we all knew deep down that our data wasn’t necessarily protected by companies like Google or Facebook, but it’s still a shock to the system finding out just how unprotected that data is. Makers of the search engine DuckDuckGo are probably pretty pleased, however, because only a week after hitting the 2 million search-a-day milestone, they’ve already surpassed 3 million daily searches and are only getting more popular. Good for you, DuckDuckGo! Way to make a really awful situation into a successful business venture.

Launched in 2008 by entrepreneur Gabriel Weinberg, DuckDuckGo touts itself as the only search engine that does not track or bubble (meaning that it doesn’t filter searches based on your past history) its users, making it a completely anonymous experience. DuckDuckGo’s data is so anonymous, in fact, that Weinberg postulates it would be completely useless to the NSA should they come calling.

They announced this new milestone on their Twitter yesterday:

While it’s still going to take a lot to break most people from their Google habit — for example, I may or may not have googled DuckDuckGo to get to the site, which is really unfortunately ironic — DuckDuckGo has ramped up their media presence in the past couple of days as a response to the extra attention and seem pretty confident that they can deliver exactly what Google can’t in terms of privacy. They’ve even got an app for iOS and Android (once again, kind of ironic) so you can keep your searches anonymous while on the go.

If you’re curious about the record button currently placed the DuckDuckGo logo above, when you hover your cursor over it on the official website it says, “Stop Watching Us,” and when you click it you’re taken to the official Stop Watching Us website that puts you in touch with your local legislators to protest the NSA surveillance programs.

(via TNW, image via DuckDuckGo)