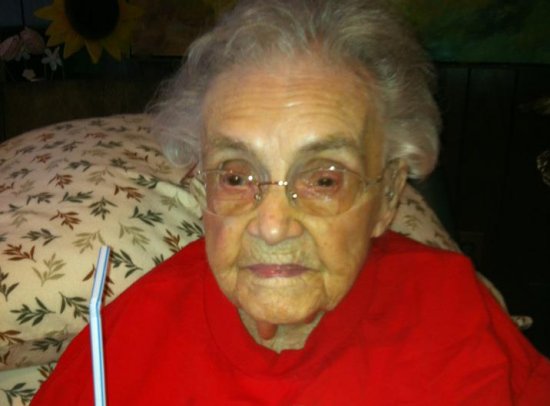 It’s common knowledge that Facebook has age limits to keep anyone under the age of 13 off the site, but it turns out they secretly try to keep the hyper-elderly off the site as well. Marguerite Joseph, a 104-year-old grandmother living in Michigan can’t post her real age on Facebook, so to use the site she has to lie about her age. Lots of people lie about their age, but living to be 104 years old is probably the kind of thing you’d want people to know.

The problem with Joseph’s age comes when her granddaughter — who operates Joseph’s Facebook account for her due to the fact that she is legally blind, hard of hearing, and 104 years old — tries to set her grandmother’s birth year to 1908 which produces an “Unknown Error” message. The year then defaults back to 1928. I just tried to change my own birth year on Facebook to 1908 and got the same results. Full disclosure: I was not really born in 1908. I only did it as a test.

This technically means Joseph can not comply with Facebook’s terms of service, which prohibits falsifying personal information such as age. Despite repeated attempts by Joseph’s granddaughter to contact Mark Zuckerberg directly through his Facebook page, they have not received a response and the error has not been fixed.

In the drop down menu to select a birth year, the options go as far back as 1905, which does not work either. I started from 1908 and went up until Facebook let me successfully change my birth year, and I only had to get up to 1910 before it went through. Facebook now lists me as 102 years old, and won’t let me change it back.