RFID Program Could Help Elderly Be Independent, Is Creepy | The Mary Sue

RFID Program Could Help the Elderly Be Independent, Is Also Creepy 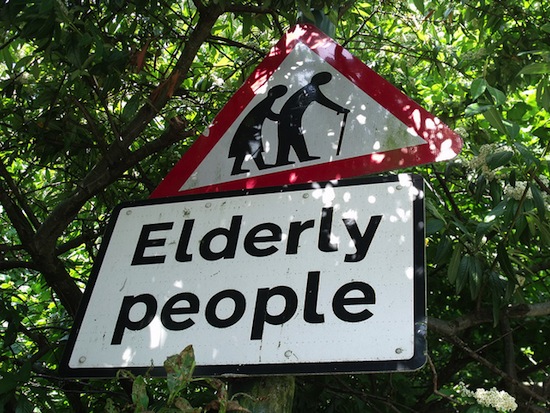 Sometimes science is just plain creepy. Case in point? How about a recent study in which researchers from Adelaide University used radio frequency identification (RFID) to monitor the elderly in their homes. The team behind the project says RFID technology — the same tech used to tag and track bears in the Alaskan wilderness — can lead to elderly people being able to live with more freedom and independence, but this sounds like it has the potential to turn into a bone-chilling 1984 meets Cocoon situation real quick.

Monitoring old people is nothing new, of course — products and programs like LifeCall have been around for decades as a way for the elderly living on their own to get assistance if needed. The difference is that those programs allow a person to call for help when it’s needed. This RFID program wants to predict when help is needed by having software analyze data from a series of RFID equipped devices and sensors.

We are trying to solve this by developing a system using a network of sensors attached to objects that the person is interacting with in the home; using software to interpret the collected data to tell us what someone is doing.

The intentions seem good here. Tracking interaction with objects in the home — like the television, the stove, and the toilet — can be used to establish a person’s routine. The data is then analyzed by a computer which can determine if the person has deviated enough from their routine that they may need help. That’s all well and good, until that computer becomes Skynet and it uses your toaster to track your every movement.

One silver lining to this is that the elderly people themselves are not being RFID tagged. That would pretty clearly cross some sort of ethical line, so that’s still reserved for things like microchipping your dog in case he wanders off.  But microchipping Grandma doesn’t seem like a big leap from putting RFID tags and sensors all over her house. But for as invasive as this seems, compared to living in a hospital or retirement home it may be a better, more private option, which is, after all, the stated goal of the program.