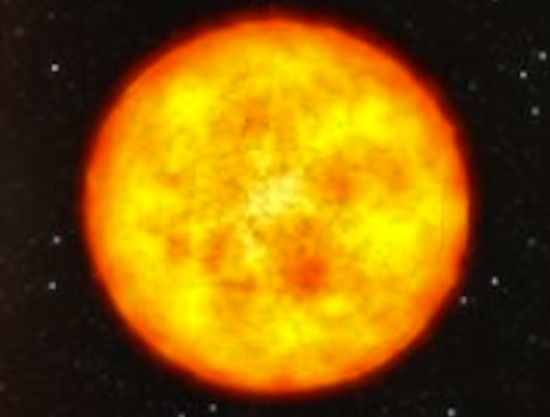 Some of the oldest celestial bodies in our known universe are stars. And we don’t mean that name-forgetting and license-revoking kind of old, we’re talking about way before the first single-cell organism decided to start splitting in that puddle of primordial ooze. But for all our technological advancements in the field of astronomy, it can be difficult at times to accurately pinpoint the exact age of a particular star, since such efforts can take exhaustive years of constant analysis. Over an eight year period between 2003 to 2011 utilizing the Hubble Space Telescope’s Fine Guidance Sensors, astronomers have concluded that the star designated HD 140283 is the oldest known star out in space — and even more surprising is the fact that neighbors our very solar system.

Pennsylvania State University astronomer Howard Bond made this announcement yesterday in Long Beach, California at a meeting of the American Astronomical Society. He stated that HD 140283 is approximately 190 light years away from our solar system, a practical stone’s throw away when one considers the distance of other stars in relation to our proximity. As for the age of the star itself, Bond and his team were able to determine that HD 140283 is at least 13.2 billion years old, which reconciles with the estimated age of the universe — 13.77 billion years — and the Big Bang.

Astronomers were able to arrive at this approximation of HD 140283’s age by monitoring, aside from distance, its luminosity. They discovered that the star is exhausting the hydrogen at its core and gradually dimming over time. In other words, the resultant brightness acted as an indicator of just how old it is.

University of Texas astronomer Volker Bromm provided his own insight on the findings and proposed that based on HD 140283’s elemental composition — of which contains trace amounts of elements that weigh heavier than helium — the star was a part of the second stellar generation formed before the first coalesced shortly after the Big Bang.

Now that all the tumultuous years of the universe’s prehistory are over, HD 140283 can finally settle down and enjoy his retirement playing bocce ball with the other aged stars for the next million years or so — and if you’ve ever watched a bunch of old people play a round bocce ball, then you already know it practically takes an eternity to finish.

(via Nature, image courtesy of Nature)