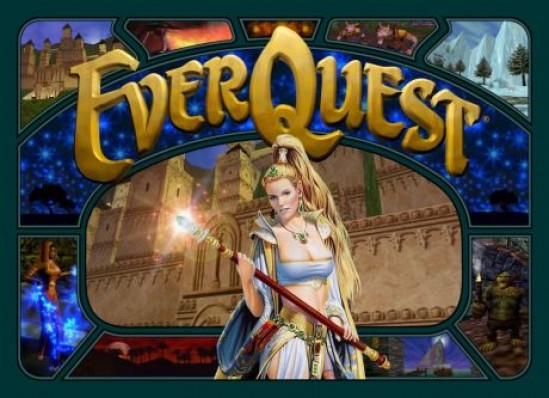 After its big brother, EverQuest II, went free-to-play (which we mentioned here), the original EverQuest will follow the trend of the current MMO market and finally become free-to-play. EverQuest released way back in 1999, and though it wasn’t the first graphical MMO, or even the first graphical MMO to enjoy some sort of popularity, it certainly pioneered the genre’s popularity. Now, finally, if you’ve been wondering how the game is still going strong since 1999, but never wanted to pay to find out, you can just hop into the world of Norrath come March for no extra charge, and familiarize yourself with your favorite genre’s roots.

The month of March was chosen as the free-to-play launch because it’ll be the thirteenth birthday of EverQuest, and that’s always a fine way to celebrate an anniversary — giving away your product for free for the rest of its life. EverQuest was always known for its extreme challenge, which is likely why other MMORPGs that came after it, World of Warcraft comes to mind, enjoyed success much more than EverQuest — it was easier to play, thus easier for people to get into, and wasn’t as much of a chore.

Even though the game launched almost thirteen years ago, it is still enjoying expansions and updates, with the most recent expansion (number eighteen, for those that are counting) launching back in November of last year, only a few months ago.

The free-to-play launch will allow players to play and pay how they want, a model popularized by Dungeons & Dragons Online’s foray into free-to-play territory: EverQuest will offer recurring subscriptions, non-recurring subscriptions, silver, or free memberships. We assume a silver membership consists of buying something out of the cash shop, and being upgraded to a “have spent money on the game at one point, but not subscribing” status.

Check back with EverQuest in March if you want to see what all the fuss was about thirteen years ago, without having to buy a ticket.