Free-To-Play Games Will Only Get More Prominent, More Awesome 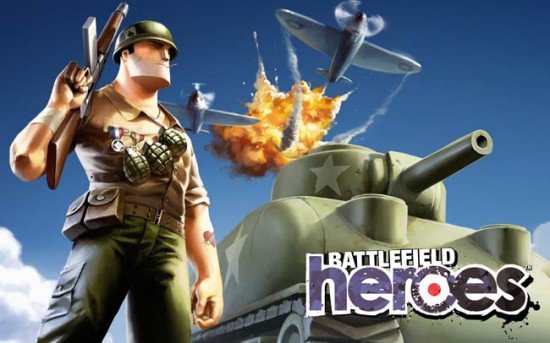 To some developers, it’s become a dirty curse. To others, it has become a venerated phrase, something immediately associated with excellent growth and revenue. To the common gamer, it is instead a promise of gameplay without immediate monetary investment. Considering the typical console game has a sticker price of $60 whether the player ends up liking the game or not, this can be the point that pushes their curiosity over the edge.

Regardless, we are living in a free-to-play gaming revolution.

But that’s a good thing. It means that developers and publishers are aware enough of their customers’ wants and needs to provide them with tailored content specifically for them. By tailored, I don’t mean content made exactly for a player but instead only gives the content that the player actually wants to play. If the players are only going to dip into Dungeons & Dragons Online for a quick retreat of, say, two weeks, there’s no requirement that they drop money on a subscription, higher level content, or anything of the sort.

So it comes as no surprise that an absolute glut of players has come to embrace free-to-play games. Even those that had previously supported subscription-based pay models and switched have done incredibly well for themselves. Turbine is often seen as the developer poster child for this movement, considering the incredible success of both of their MMO games that moved from subscription to free-to-play. Given that their revenue tripled after the pay model switch, there’s really no better example for the market to follow.

This kind of market change-of-pace isn’t only visible in the MMO space. Mobile applications have seen a rise in this kind of thought process as well. A post from July comparing the revenue numbers of “freemium” versus premium games shows that the games which are free and then sell additional content in-application or otherwise have taken a distinct turn upwards. Keep in mind that the graph showcases percentage of revenue grossed, which could simply mean more free-to-play games are on the market than otherwise, but the numbers still look pretty good.

But that’s mostly all well and good for the developer, publisher, and folks that are in the business of business. Free-to-play is the current trend these people see that will provide them with the most money for their own investment. That’s why games as traditionally stable as World of Warcraft have shifted to partially free-to-play and yet more are releasing as free-to-play from the start.

As previously stated, however, this isn’t just a boon for the game industry but for the gamer as well. As more companies compete for the dollars of consumers in an environment where said consumers can try out the product before they buy it or give up any money at all, they will be forced to make more compelling content. Even already popular games, like Team Fortress 2, that later add microtransactions and remove all monetary barrier to entry will be forced to compete in the same way.

So it’s probably best to think of the situation like that: all free-to-play games released on the PC are running directly up against Team Fortress 2. That’s a scary proposition for them. But for the PC gamer, at least, there’s no better time than now to be playing games. Granted, that won’t forcefully stop some companies from attempting to release products that are intentionally designed in such a way as to siphon money from their players at every opportunity. Those looking to gouge and suck folks dry aren’t suddenly going to cease their nefarious ways.

It just means that there are more opportunities than ever to give them the finger and move to a different game.