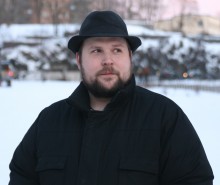 “While I am sceptical of the free to play trend, what I hate is the wording ‘free to play’…we should call it ‘as expensive as you want it to be’ or something.”

Minecraft creator Markus Persson, otherwise known as Notch, musing on the free-to-play trend that is rising to prominence in the gaming arena.

In a post on his blog, Notch describes why he feels the wording of “free-to-play” isn’t nearly as correct as it could be, citing the actual intent of the business model, which is always to make more money — an intent players in the free-to-play arena know all too well.

The reason some people are moving to this area is that free to play showed up in the “social gaming” segment (facebook) and made a few people (zynga) very rich. It’s been tried in other genres in other markets with decent success. By “success”, I mean “it’s profitable”. The reason anyone switches to “free to play” is to make more money. You get your players hooked on your game, and then you try to monetize them. The idea is to find a model where there basically is no cap on how much the player can spend, then try to encourage players to spend more and more money. Various psyhological traps like abusing the sense of sunk costs get exploited, and eventually you end up with a game that’s designed more like a slot machine than half-life 2.

Notch notes that he doesn’t mind paying for games after their initial purchase, and he also doesn’t mind paying a subscription cost for a game with running costs, but points out that the majority of the people who think the free-to-play model is the future of gaming are developers, not players.

Then he made a joke about how he was going to play Team Fortress 2.