It Gets Weirder: Emma Watson Nude Photo Threats Were A Hoax Invented By A Hoax

Call us when this becomes less confusing. 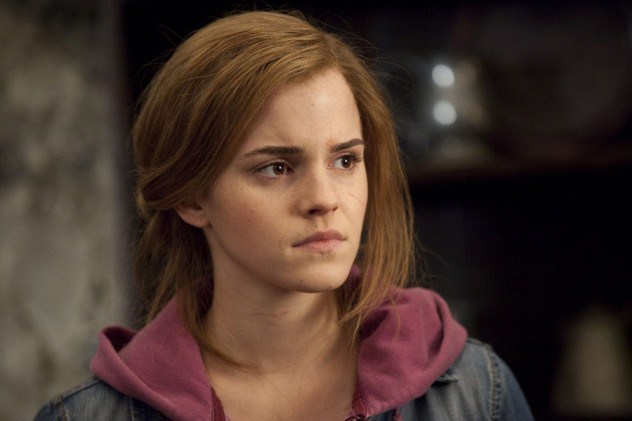 Wow, 4chan was actually right for once. Turns out that the threats to release stolen nude photos of Emma Watson in the wake of her stirring pro-feminist speech to the U.N. were actually a calculated plan to discredit the website all along. But by who? That’s the really weird part.

When the countdown on the “Emma You Are Next” website ended, predictably it did not end with any nude photos. Instead it redirected to the website of a company called Rantic Marketing, whose website is plastered with a giant “#Shutdown4chan” logo and whose CEO, “Brad Cockingham” (I think you can see where this is going) claims in an open letter to President Barack Obama that they’ve been hired by “Celebrity publicists” to bring attention to the privacy-invading actions of 4chan.

Here’s the thing, though: Rantic Marketing doesn’t exist. It’s a front for a small team of hoaxers who once called themselves SocialVEVO and  create these fake stories and websites in order to capitalize on page views before the general public figures out the truth. Previous known pranks include spreading rumors that the GTAV PC version would not be cancelled and then pretending that their own website had been hacked by 4chan; creating another fake countdown that promised to reveal a special message from Family Guy’s Brian shortly after the character’s death on the show; pretending to be NASA during the government shutdown; and running a fake Fox vertical known as “Fox Weekly,” on which the first article about the Emma Watson countdown was written. That article has since been deleted, but you can still view the cached version.

While it’s a relief that nobody was legitimately planning retaliation against the actress for her UN speech (although if Death and Taxes is to be believed, some 4Chan users also took the bait and were more than willing to revel in Watson’s public shaming), considering how terrible the past few months have been for women who use the Internet—enduring the trolls in #GamerGate, the theft and proliferation of hundreds of female celebrity nudes, that YouTube celebrity who claims he pretended to grope women on the street as a way to fight domestic violence—that someone would choose to capitalize on the widespread online harassment of women to make money is much more upsetting than the fact that it actually worked. Which is precisely why they chose it, of course.

Hey, guys? You can go back to making pranks about Family Guy characters that don’t contribute to a pervasive culture of sexism and anti-woman rhetoric on the Internet, thanks. We’d really appreciate it.