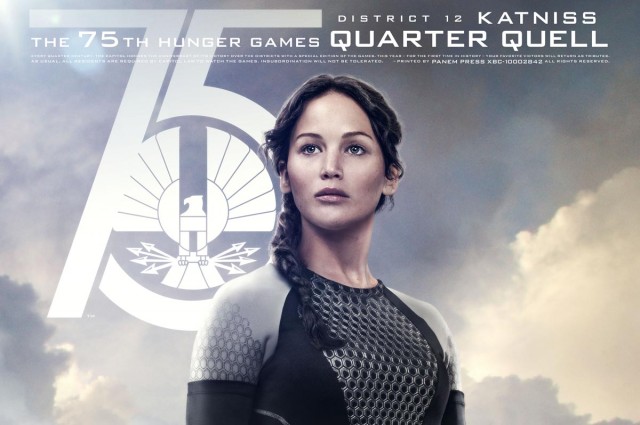 The internet is a cesspool, but at least we’ll always have cat videos.

This month has been exhausting. I say that from a few different perspectives—as a woman, as a geek, and as a journalist. This month was almost over. And then this happened.

News broke yesterday that nude photos of Jennifer Lawrence had been “leaked” online. The truth is they were stolen. They were hacked from her personal technology. They were posted online without her consent. This is a crime. And possibly worst of all, this is something women are supposed to expect.

I can’t see more than half of the replies to that tweet because I blocked those blaming the victim. I blocked so many users I lost count. As the story developed further it turned out that over 100 celebrities had been hacked, including Mary Elizabeth Winstead, Rihanna, Ariana Grande, Kirsten Dunst, Hope Solo, Cat Deeley, Kate Upton and her MLB boyfriend Justin Verlander, Aubrey Plaza, Kim Kardashian, Vanessa Hudgens, Lea Michele, and Hillary Duff. Hackers got into the individuals’ Apple iClouds, stole images from their phones, posted them on 4chan; the user believed to be responsible asked for Bitcoins in exchange. The photos have since disseminated onto social media and countless other websites. At least one person on the hack list, Victoria Justice, says the photos of her are fake.

Lawrence’s representative gave a statement to The Hollywood Reporter: “This is a flagrant violation of privacy. The authorities have been contacted and will prosecute anyone who posts the stolen photos of Jennifer Lawrence.”

That didn’t stop Perez Hilton from posting the photos on his website… and then removing them and apologizing for it. “At work we often have to make quick decisions. I made a really bad one today and then made it worse. I feel awful and am truly sorry,” he wrote. “Upon further reflection and just sitting with my actions, I don’t feel comfortable even keeping the censored photos up. I am removing them.”

We live in a society where women’s bodies are a commodity to be sold, whether they agree to it or not. And some of the same people who complain about the NSA or Facebook invading their personal privacy will be the same people searching and spreading around these photos. Winstead had this to say in response:

To those of you looking at photos I took with my husband years ago in the privacy of our home, hope you feel great about yourselves. — Mary E. Winstead (@M_E_Winstead) August 31, 2014

Knowing those photos were deleted long ago, I can only imagine the creepy effort that went into this. Feeling for everyone who got hacked.

Going on an internet break. Feel free to my @’s for a glimpse of what it’s like to be a woman who speaks up about anything on twitter — Mary E. Winstead (@M_E_Winstead) September 1, 2014

The way in which you share your body must be a CHOICE. Support these women and do not look at these pictures.

The “don’t take naked pics if you don’t want them online” argument is the “she was wearing a short skirt” of the web. Ugh. — Lena Dunham (@lenadunham) September 1, 2014

Seriously, do not forget that the person who stole these pictures and leaked them is not a hacker: they’re a sex offender.

In 2012, the man responsible for posting stolen nude photos of Scarlett Johansson was sentenced to 10 years in jail. Authorities are looking into the current case, but already reddit has outed one of the people allegedly responsible, 27-year-old Bryan Hamade. Hamade, speaking to BuzzFeed, denied his involvement:

“I am not behind this. It was so stupid — I saw a lot of people posting the actual leaks and bitcoin addresses and I’ve read a lot about bitcoin and how they’re are valuable and I thought, oh cool I’ll get free bitcoins,” he told BuzzFeed.

“I am just an idiot who tried to pull one over on 4chan and lost big time and stupidly left this identifying information. They took my proof and back traced it — it isn’t remotely true. I am not a hacker. I have no idea how the hell someone could hack into all those accounts,” he said.

Hamade, speaking on the phone as he was driving around trying to find an open law office so he could hire a lawyer, told BuzzFeed he and his family have been harassed by 4chan users since his allegedly Photoshopped post went live.

“It’s been a nightmare and I haven’t slept in 34 hours, now. 4chan users are harassing me with non-stop phone calls and emails. They email me constantly, emailing saying they’ll hack my personal websites and keep calling my phone, calling me a fag and then hanging up. They also said they’ll hack my mom’s site, so I took it down,” he said.

I believe we’ll never be able to change some peoples’ way of thinking. No matter what, they’ll always think a woman could have done something more to prevent themselves from being violated, even if they’d never hold other crimes to the same unbudging standard. But it’s incredibly important to keep reminding people not to blame the victim and instead to focus on why these crimes happen.

The person or persons who stole these photos and posted them online knew exactly what they were doing and why, but society as a whole doesn’t necessarily understand why it’s not OK for them to have done it. We’ve all been brainwashed in one way or another to believe women who look or act a certain way can be treated a certain way with no consequences. We’ve also been told women should act one way and men another. When we try and talk about these issues it’s not to demolish the things which make us who we are, but to let others know it’s OK not to fit a certain mold. Perhaps the mold you’re in is doing you more harm than good. It’s why we discuss the harmful messages some of our favorite media sends. We want people to open their eyes, and we want things to change for better.

It may seem like a long leap from discussing sexualized comic book art to stolen photos being published online without consent, but it’s not. It’s the little things we let pass that lead to the bigger misconceptions about consent, harassment, and the right to ones’ body. People like to argue that things like online harassment exist because they don’t see it. They do. They just don’t recognize it, because they’ve been taught it’s just a part of life. Let’s shove that misconception down the garbage disposal. Enough is enough.