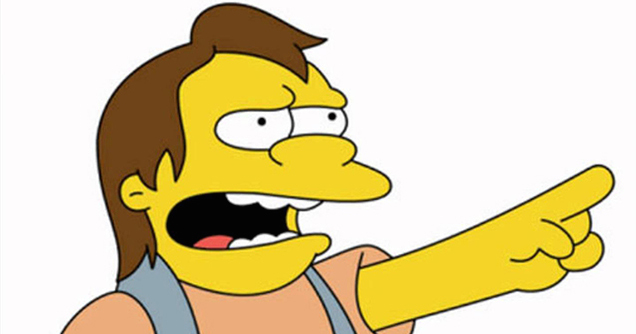 This whole thing with nude photos of dozens of celebrities being stolen and distributed for any jackass with an Internet connection to ogle has been a wretched hive of scum and villainy from start to finish. But this is one update—just one—that makes me smile.

Though the nude photos of Jennifer Lawrence and other celebrities were originally posted to 4chan, the way 4chan is set up, with posts never staying up on the site for long, means the pics made their way across Internet by other means, including torrents and… wait for it… Reddit. Specifically a subreddit called “The Fappening” (pause for vomiting in mouth). Some of that subreddit’s subscribers (I refuse to type the name again), feeling guilty about what they’d done, sought to ease their consciences by raising money for the Prostate Cancer Foundation “in honour of Jennifer Lawrence,” whom they say has donated to prostate cancer charities in the past.

“On Monday, a Reddit user directed other Reddit users to make a donation to the Prostate Cancer Foundation without the Foundation’s knowledge. We would never condone raising funds for cancer research in this manner. In keeping with our own standards, we are returning all donations that resulted from this post.”

$6,000 had been raised before the PCF yanked Reddit’s donation page; their general donation page is here, if some people who aren’t looking to absolve themselves of some atrociously shitteous behavior want to toss some money to a good cause.

Due to the very fortunate events suddenly erecting in the last few days, Reddit would like to extend its thankfulness and return the favor. We know the feeling of being completely parched, only to have water leaked into our mouths. So we hold stiff in believing toward your cause… (Puns and awful immature humor aside, to the owners of this website, we genuinely want to help you guys, and the people affected by their water situation. People have their reasons on why we’re donating, when in reality all we’re trying to do is make light out of a rather bad thing, and have a few laughs about it. Which isn’t exactly the most noble of reasons to donate, but definitely shouldn’t be the reason of one’s donation being rejected. Originally, our target was the Prostate Cancer Foundation, but they refused our donations of about $15,000. We hope this will not be the case with you guys.)”