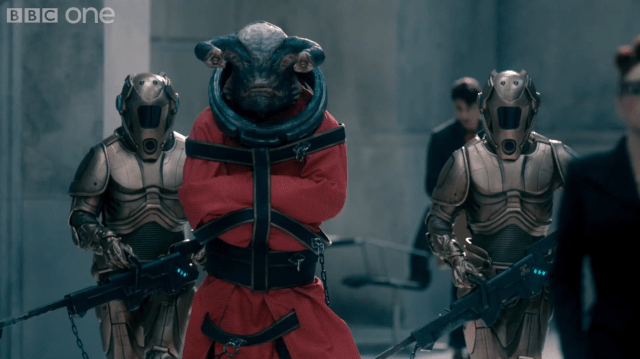 While interesting in concept, this week’s episode of Doctor Who, “Time Heist,” is a frustrating exercise in Moffatian repetition that makes me want to throw my sonic screwdriver out a window. Ugh.

Warning: our Doctor Who recaps are filled with spoilers, so read on with caution. Also, this is Sam here, filling in for Jill, our usual awesome Doctor Who recapper! Okay, onwards with the review.

“Time Heist” has the makings of a cute caper, in which the Doctor and Clara get caught up in a scheme to rob the most impregnable bank in the universe with a shapeshifter called Saibra and a cybernetic hacker named Psi. They have to get through the bank’s defenses—and its tough head of security, played by Keeley Hawes—to enter the most tightly-guarded vault. Which, in an excellent twist, is revealed to hold the mate of the bank’s new-baddie brute, the Teller. 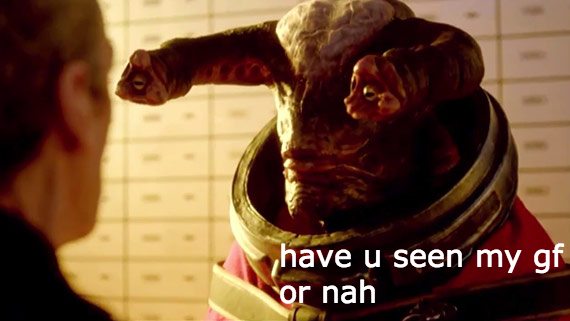 Like last week, let’s start with the good stuff. As I said, the ending—saving the Teller’s entire species—was a lovely touch to the episode, and the “intergalactic future bank robbery” concept is intriguing. Additionally, “Time Heist,” like the rest of this season’s episodes, looked fantastic—the cinematography and direction in season eight has been better than in any other season of NuWho.

Despite the fact that I still don’t think he’s being written to his potential, Capaldi continues to deliver as Twelve. The little self-insult where he says he thinks his outfit makes him look like a magician was great, not only because it shows the writers do listen to online feedback, but also because The Mary Sue editor Victoria called Capaldi a “crappy magician” upon first seeing his outfit reveal. Also, “Time Heist” gave us this beauty:

And I always appreciate a good easter egg. Did you notice Torchwood villain Captain John Hart pop up during Psi’s data-dump of all the thieves and villains in the galaxy? 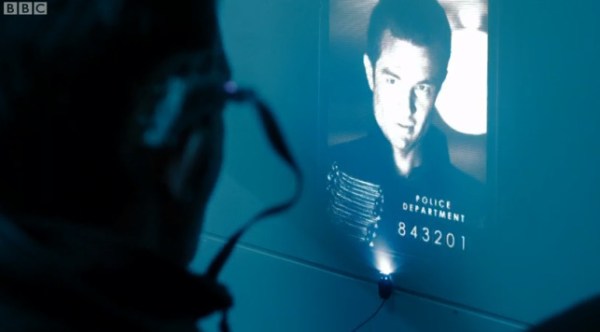 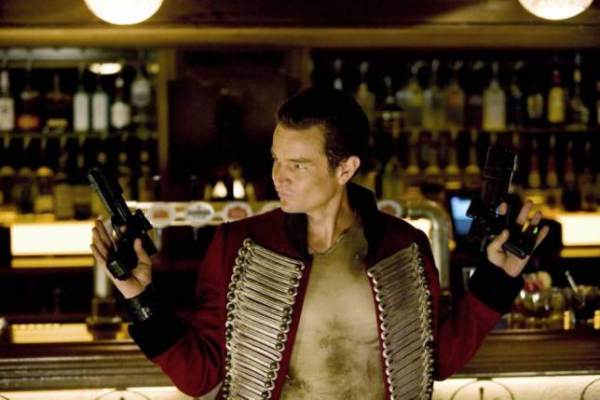 But, sadly, that’s about it for the good stuff. The rest of the episode suffers from, in my opinion, too many Moffat-isms (and a reminder that I say this as someone who thinks season five is the best season of Doctor Who, so I am not a blind hater). This episode was co-written by Steven Moffat and Steve Thompson, who previously brought us the equally weak “The Curse of the Black Spot” and one of my all-time least favorite episodes of Who, “Journey to the Centre of the TARDIS.” “Time Heist” combines Thompson’s weak storytelling with Moffat’s Moffatisms for a nonsensical episode with repetitious themes and characters.

Take our new bad lady, Ms. Delphox. I really want to say I liked her (despite one of her actual lines in the episode telling us that she’s going to be fired; “Fired—with pain.”), but she just reminded me of every other female villain Moffat has ever concocted. 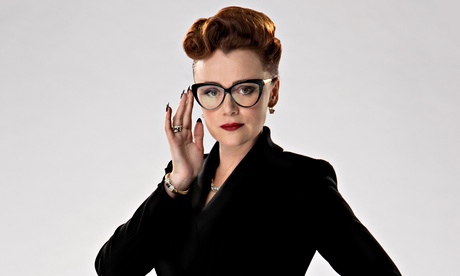 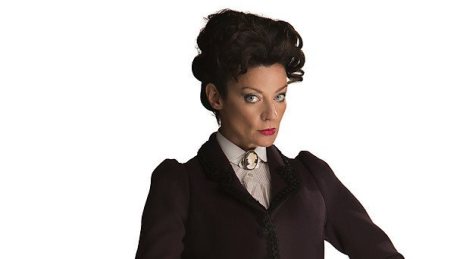 who is just Madame Kovarian 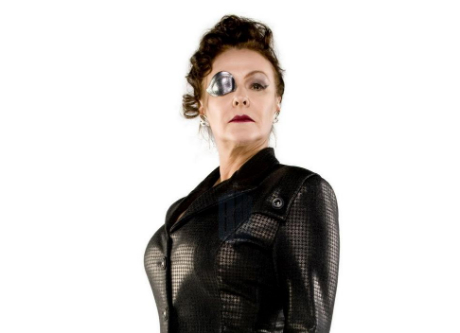 All of whom are really just 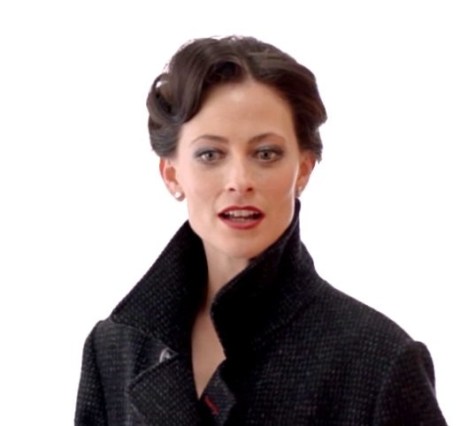 And can we please stop with the “Don’t [insert total natural human instinct]?” “Don’t blink” was great. Clever. Original. But this season, we have already had “don’t breathe” in the premiere, and “don’t look/turn around” in last week’s episode. Tonight, we got “don’t think.” I get it. Don’t do the thing that you want to do because it’s natural to do that thing. It’s time for a new scary plot device, Moff. It’s time.

Then there are, of course, the more obvious logical flaws with the plot (something from which “Journey to the Centre of the TARDIS” greatly suffered). I mean, “the most impregnable bank in the universe” turned out to be pretty easily pregnable, no? After a montage of heavy security protocols, like death lasers and fire beams, we never see any of that again. It was pretty easy to crawl through the bank’s vents the entire time, actually. And when the Doctor and co. were checking out blueprints and setting up a bomb, were there no cameras in that room? Were there no cameras anywhere? It seems like cameras are a pretty rudimentary security device, that’s the only reason I’m asking, super fancy future galaxy bank. 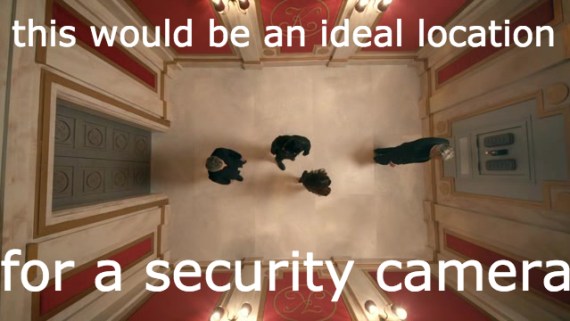 Additionally, though the final twist with the Teller’s mate was something I didn’t see coming, the rest of the episode’s twists were so blatantly obvious I couldn’t believe that the Doctor himself wasn’t able to figure them out sooner. Of course Psi and Saibre weren’t actually dead—the show, in what I think is a mistake, has not gotten quite so dark with Capaldi’s entry. Of course the Doctor was the Architect. Of course Clara is going to need rescuing. Of. Course.

Long story short, this episode made no sense and was incredibly frustrating, and Moffat needs to kindly step back from the show to allow Capaldi a fresh voice from which to speak, and now I’m going to go scream in a corner for a while.

Previously in Doctor Who recaps